It’s hard to believe, but there are still a few exhibitions going on. It is apparently impossible to organize something over here, but in Hungary and Lithuania you can very well in Corona times.

Marita Gintere was on the weekend of 7/8 August 2020 in Dzukija / Lithuania at 2 CACIB and 1 CAC show. “Firstprizebears Q’Jennifer Lopez” was able to finish her International and Lithuania Champion with the CACIB and CAC’s. Now she’s going to be a mom first.

Jenny at 30 degrees in Lithuania on the show. 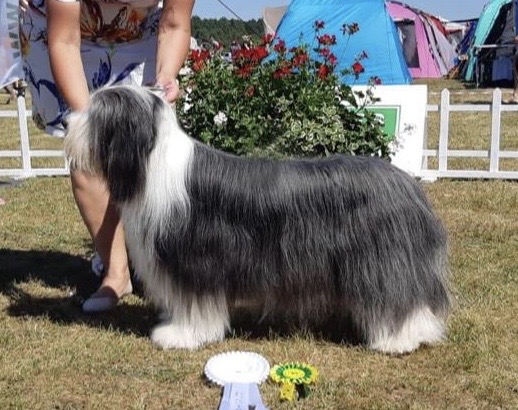 catch of the day

the next time the judge is blind … Marita will arm herself … 🙂

The exhibition in Szilvasvared/Hungary  took place at the end of August. Gabriella Gesi, who was the owner of  the famous “Firstprizebears Cony Island”, is exhibiting her 8-month-old “Firstprizebears Santa Barbara” for the first time. The judge for the breed was the German breedspecialist Mr. Wirth. He gave her best puppy in breed. Later in the ring of honor “Wendy” was Res- Best in Show Junior under the judge Mrs. Dr. Balosh / HU 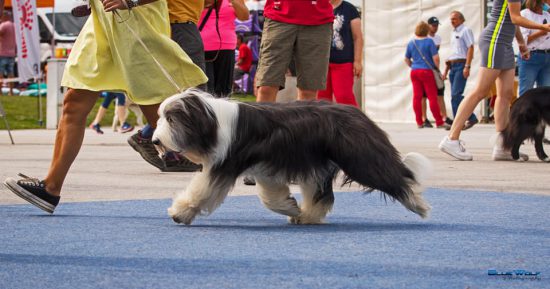 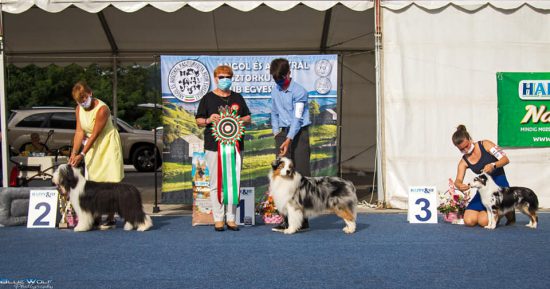 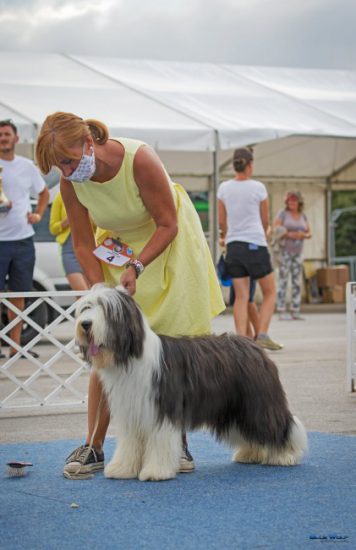 On August 29th and 30th there was a double show of the German Bearded Collie Club in Alzay / GER.  A pitty that we had  another judge change. Unfortunately, the same judge was elected on Saturday who recently judged for the club. There is a long list of judges in this club, why the same twice in a row.

Xavier Pottiez was on both days with Ch. “Firstpizebears Percy Sledge” in the Champion Class and was not placed on both days. His son “Firstprizebears Sitting Bull” took his first steps in the youth class: On the first day Excellent 2 and on the 2nd day with the Austrian Mrs. Halbreither Excellent 3rd place. The youth class was very well staffed.

After a long break the Kirmis family started in the champion class with Ch. Firstprizebears Pasadena. On both days she took 2nd place.

The Knuchel family arrived from Switzerland on Sunday and of course Fernando Suny was there too. Once again he exhibited  Paddy “Ch. Firstprizebears Patrick Duffy” superbly.

Photos with thanks to the Knuchel family and the Krimis family 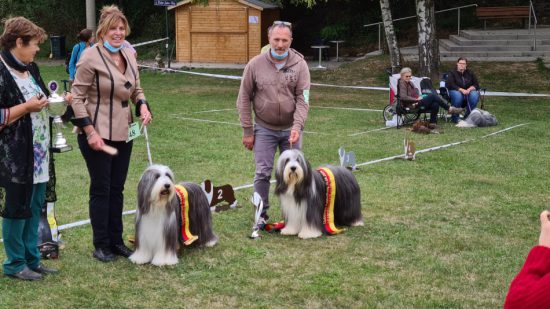 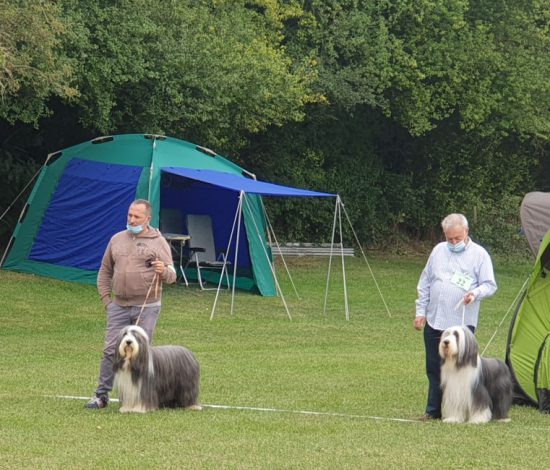 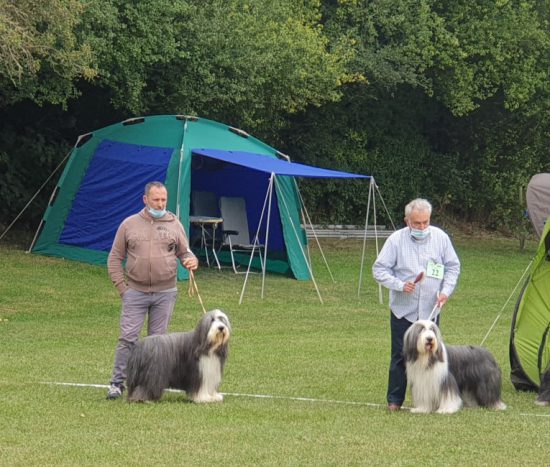 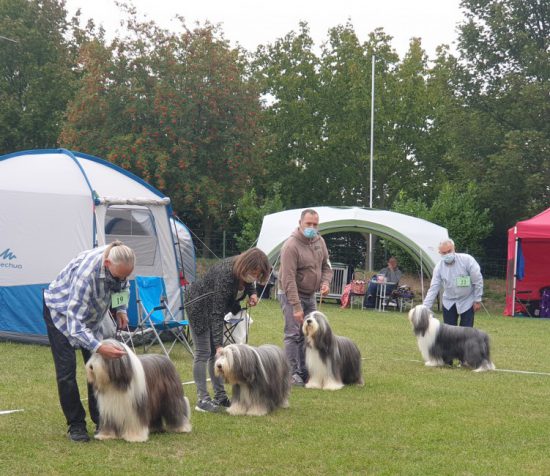 Sitting Bull with 9 months of age 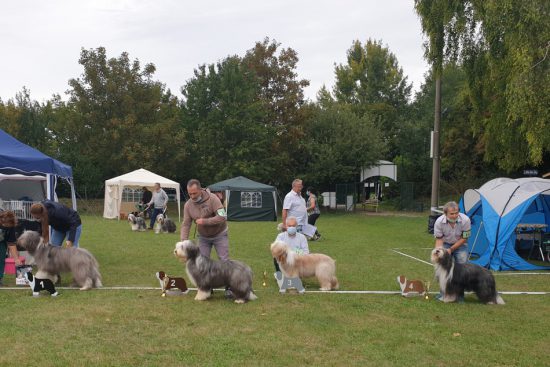 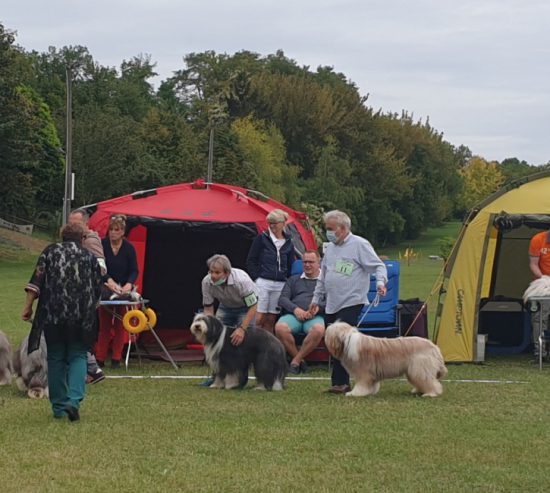 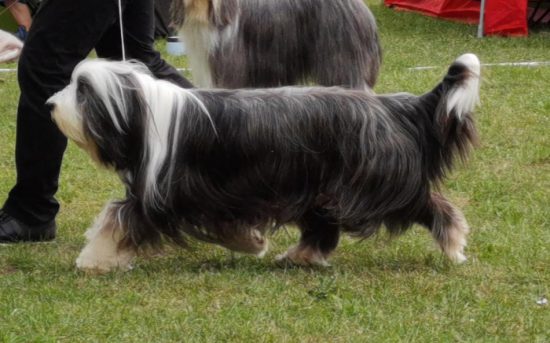 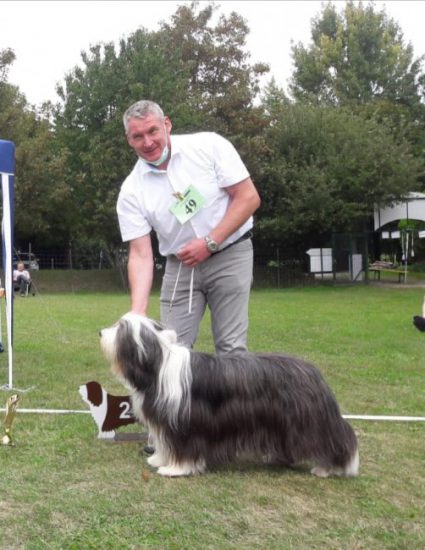 Also on August 30th, 2020 there was a special breed show by the Club for British Sheepdogs in Dormagen / GER, which was perfect organised with all Corona rules. 18 Bearded Collies were entered for the judge Mrs. S. Boyd from Germany. It was a special day for our “Lasse” Multi Ch. Lärkängens at Firsticebears. His two children Ch. Firstprizebears Pikes Peak owned by Monika Fuss and his 16 month old daughter “Scottsdale You Original Touch” owned by Mrs. S. Langhorst de Haan became Best of Breed and Best Bitch. The Firstprizebears dominated both shows in Germany on one weekend! Food for thought … 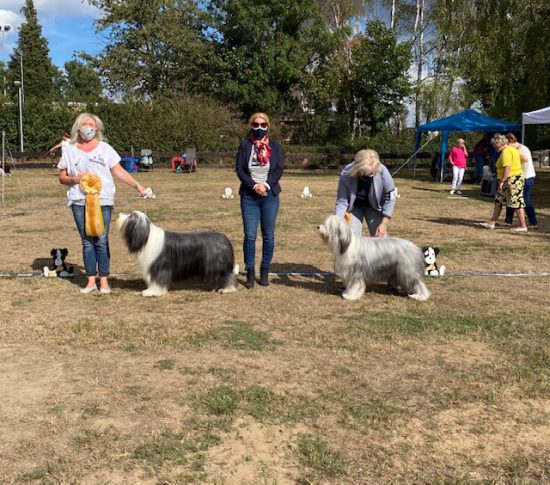 Monika with her beautiful Pikes Peak 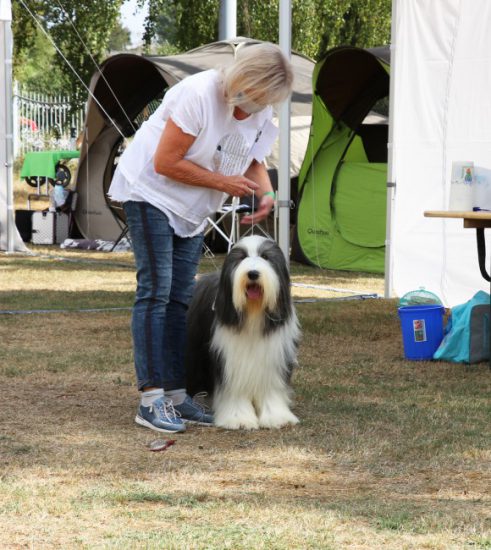 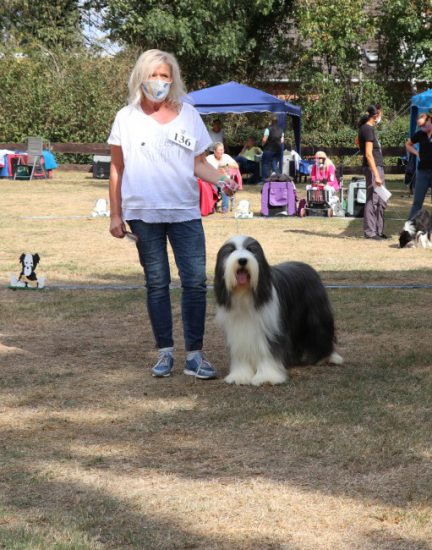 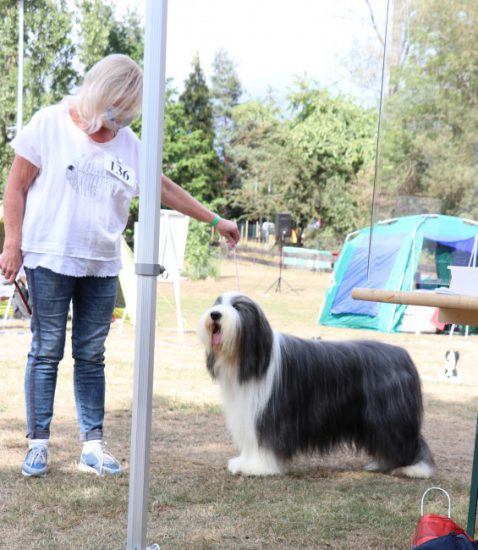 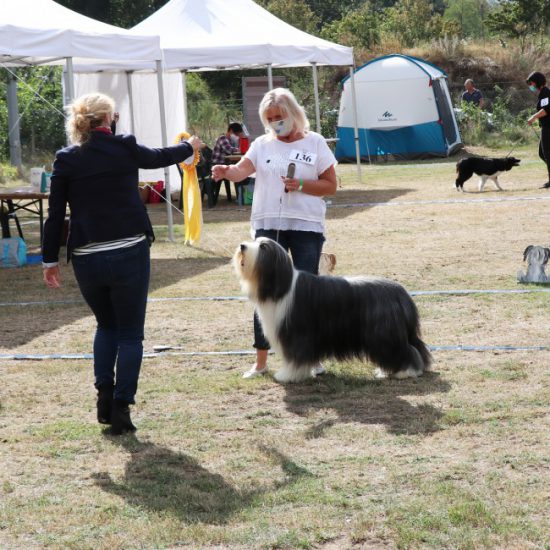 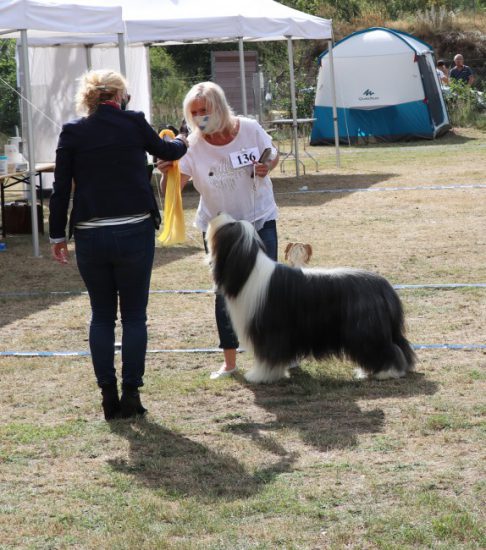