On 30-9-2021 / 1.10.2021 there was a CACIB show the day before the  world show in Brno / Czech Republic. Gabriella Gesci took part in the CACIB Show with her “Wendy”. Judge was Mrs. L. Klimova / CZ (Kiaora Bearded Collies) and “Firstprizebears Santa Barbara” received from the intermediate class Excellent 1 with CAC and Res-CACIB. At the world show on the next day it was excellent 2 in the intermediate class. Judge was Mrs. C. Sandberg from Sweden from the Farmarens Bearded Collies 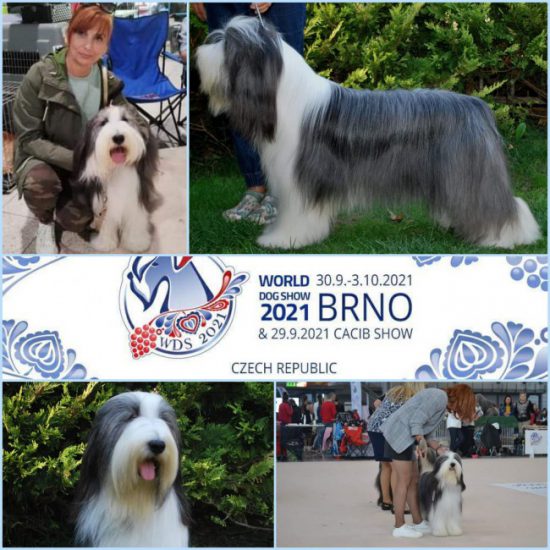 “Multi Ch. Firstprizebears Robin Williams”received only an excellent 3 in the champion class.

On 10-10-2021 a CAC show was organized in Genk / BEL. It was supposed to be a judge from the Eastern Bloc, then shortly before the exhibition there was a change of judge. Now it was Mr. J-P Vanacken / BEL. I had advised Monika Fuss not to exhibit unter this judge. Unfortunately I couldn’t change her mind and the video I recorded of the males in  champion class speaks for itself. 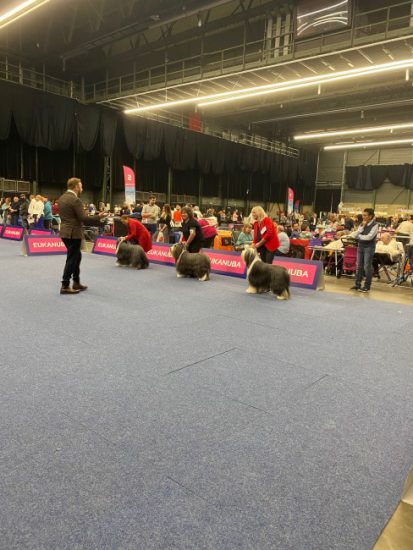 On October 17th, 2021 Ms. Cocozza had a very successful day at the Int-Show in Rostock / GER. Her “Ella” was best of breed with CACIB and CAC, judge was Mrs. S. Boyd / GER

The Double CACIB Show in Salzburg / Austria took place on October 23 and 24, 2021. The judges were the married couple  Darko Korosec and Marja Korosec from Slovenia. In the champion class “Ch. Firstprizebears Pasadena” was entered . “Sally” took 3rd place on both days.  Her  owner is Michael Krimis 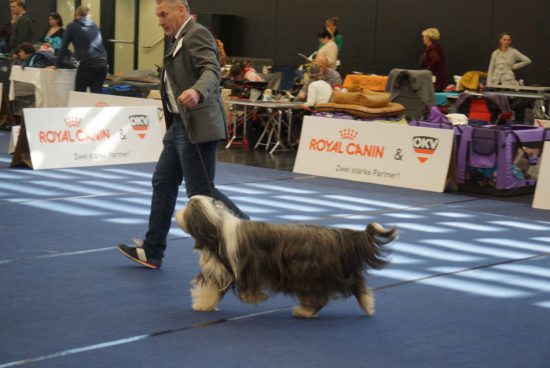 Marita Gintere was also registered in the champion class with “Ch. Firstprizebears Q’Jennifer Lopez“. The first day was great: CACIB, CAC, BOB and new Austrian champion. On the 2nd day it was 2nd place Res-CACIB, Res-CAC 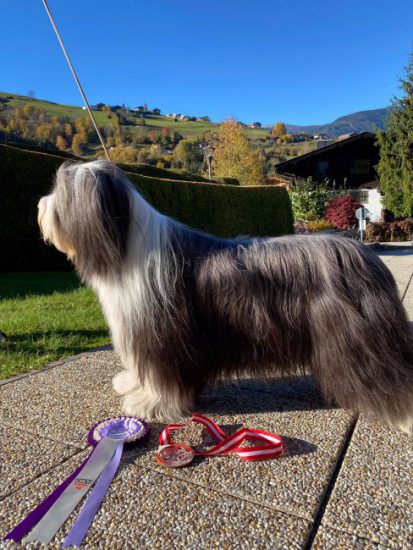 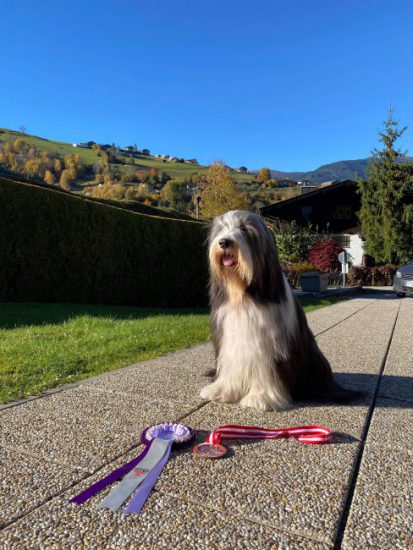