Our Beardies do extremely well at shows. I am happy that there are still such beautiful Firstprizebears who represent our kennel worthily.

The Clubshow and CACIB Show, which is important to achieve the title of Portuguese Champion, was held in Santarem / Portugal on November 7th / 8th, 2021. Borja Thovar went there with “Multi Ch. Firstprizebears Robin Williams” and his sister “Firstprizebears Rihanna”. The judge on the special show was Mr. S. Delmare from Ireland.

BEST IN SHOW at the specialty


CAC, CACIB, Best of Breed, Best of the Group and new Portuguese Champion at the International Show. 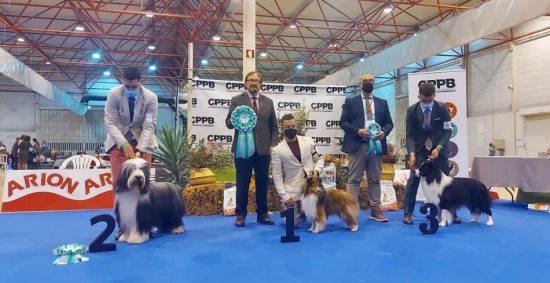 
CAC, CACIB, Best female at the Int. Show, she should have achieved all the conditions for the title of Champion Portugal. 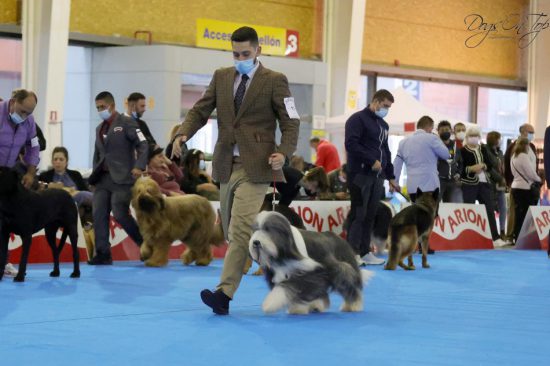 The owner of both dogs is a Mrs. Visitacion Echeverria

Also that weekend, 7-11-2021, there was an exhibition at the Yosemite Kennel Club, the North California Bearded Collie Club. Judge was Mrs. Gail Miller Bushes / USA.

“River” Firstprizebears Riverbendmeadow won 5 points major. For the title USA Champion you need 15 points of which at least 5 majors, if I’m right 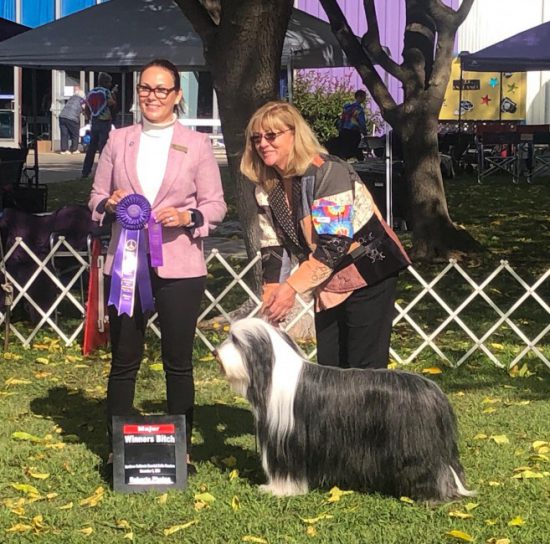 On the weekend of November 13/14, 2021 the double CACIB Show took place in Karlsruhe / GER. Our dear Mr. Krimis lives almost around the corner and tries to get his life back in order. He lost his wife at the end of September. The dogs were their common hobby. So I’m all the more pleased that his “Sally” was best of breed on Saturday with the judge Mrs. Bartz / GER.

Ch. Firstprizebears Pasadena has met all requirements for the title of International Champion 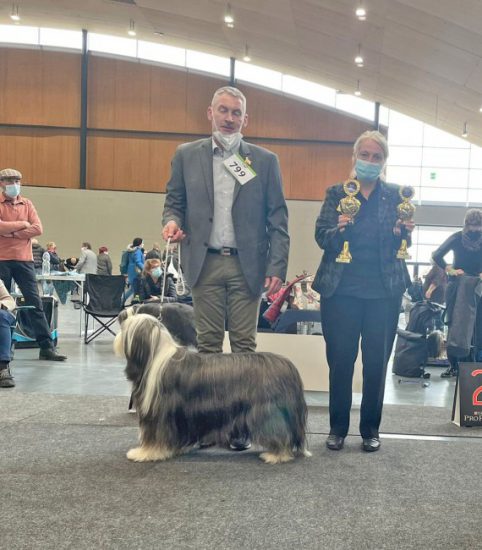 On November 14th, 2021 there was finally another CC show in Ireland after almost 2 years. Justina Masiale has from us  “Firstprizebears Tina Turner” born in September 2020. Now at 14 months she was finally able to exhibit her “Tina”. Judge was Mr. C. Fox / Irl.

She won the Green Star, Best of Breed and qualified for the Crufts 2022 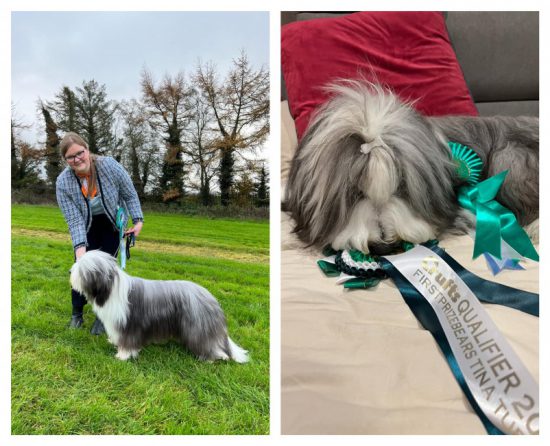 At the 4 shows in Geneva / Switzerland on the weekend of November 22nd to 24th, 2021 Ch. Firstprizebears Q’Jennifer Lopez “won the CAC three times and thus received the title” Swiss Show Champion “. The last show was even with CACIB and BOS. Proud owner is our esteemed Marita Gintere from Latvia.

Ch. Firstprizebears Patrick Duffy” was exhibited at 2 of the 4 shows and obtained 2 times Res-CACIB and Res. Best Male

Unfortunately I have not received any photos

Monika Fuss was with me on November 21st, 2021 at the CACIB in Kortijk / Belgium. 12 Bearded Collies were registered for the Irish judge Vincent O’Brian. 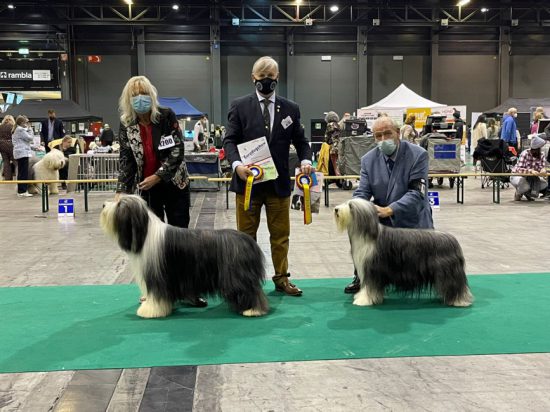 In the ring of honor in group 1, “Pike” took an excellent 2nd place under the Danish judge Mr. F. Klindrup 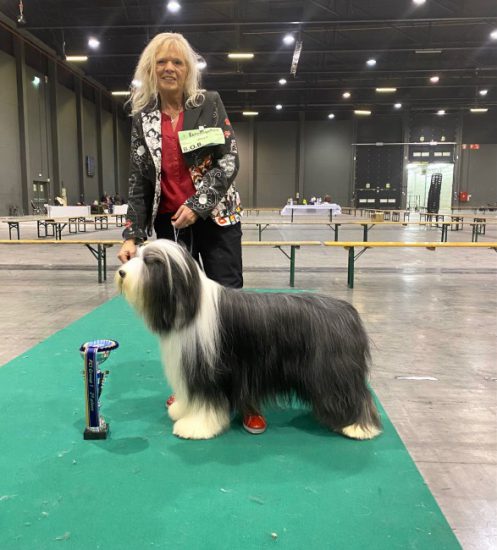