In Germany the Club for British Sheepdogs and the Bearded Collie Club take lots of effort  to organize an exhibition every now and then. In Wutha-Farnrode there was a special show of the British Sheepdog Club  on 06-09-2020. The both judges were the allrounder  Mr. Eberhardt  and Mrs. E. Stotouth / GER breeder of the Moonfellow Bearded Collies.

Mr. Kirmis had come with his two girls, “Sally” Ch. Fristprizebears Pasadena and their daughter “Abby” Mika’s Magic Furs Abbygail. Abby got a GOOD from Mr. Eberhardt in the youth class, he thinks she has too much hair. 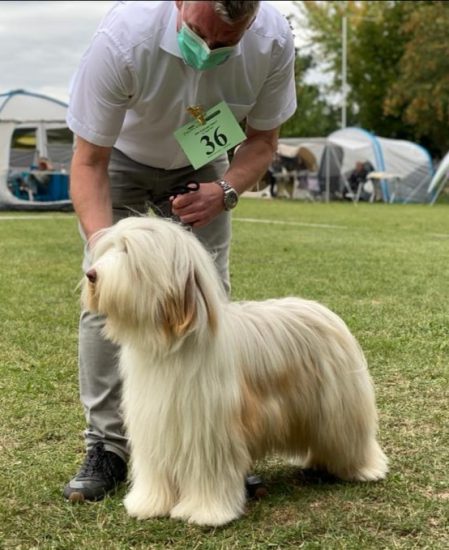 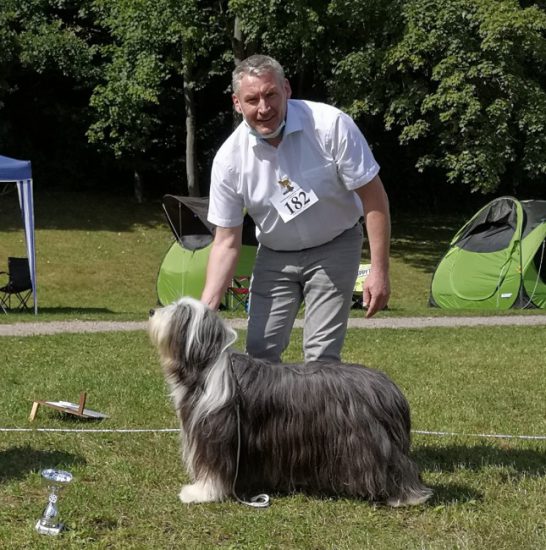 Best of Breed was the male out of intermediate class  “Moonfellow Kiss the Bride” and Best Bitch “Ch. Fristprizebears Pasadena” 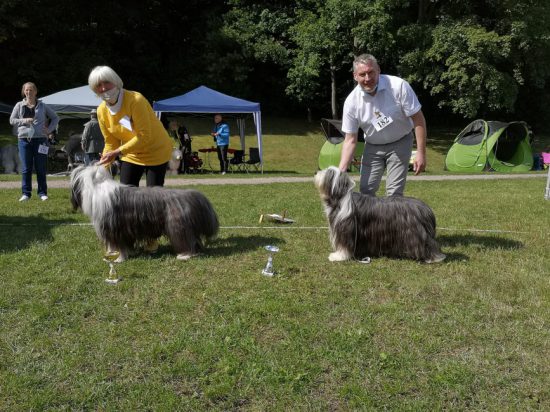 Despite Corona, September 2020 was very, very successful for the Firstprizebears. Now I’m going to work through the long list of achievements: 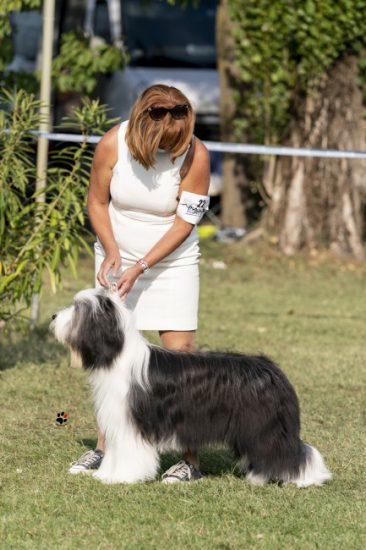 25. and 26-09-2020 Averio in Portugal. On Saturday the national show was with the judge Mr. Vizzari from France. On Sunday the international show with the judge Mr. R. A. Monterior from Portugal. The owner Mrs. Visitacion Echiveirra had a very successful weekend with Ch. Firstprizebears Robin Williams and Firstprizebears Rihanna: Robin William was Best of Breed on both days. On the first day he won 2nd place in group 1 and on the 2nd day he took 3rd place. His sister was Best Bitch on both days.

The photos are from Firstprizebears Robin William 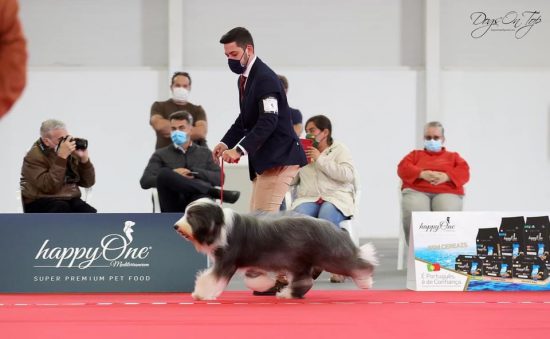 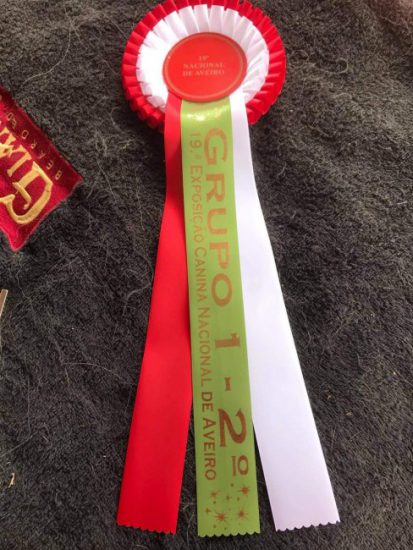 Special  show on 19-9-2020 in Klaistow / GER. Judge Mrs. Erika Heintz / GER. The Hellwig family was present with 2 dogs: Firstprizebears Q’Brad Pitt. He won the 2nd place and with this res-CAC, which was upgraded because the winning dog is already champion, he has fulfilled all the conditions for the VDH and German Champion. He is champion number 120  in our success story. He is the 3rd dog from this litter that is champion and the 7th from the same combination. 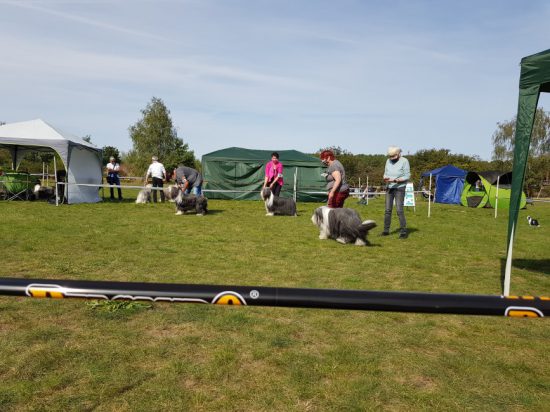 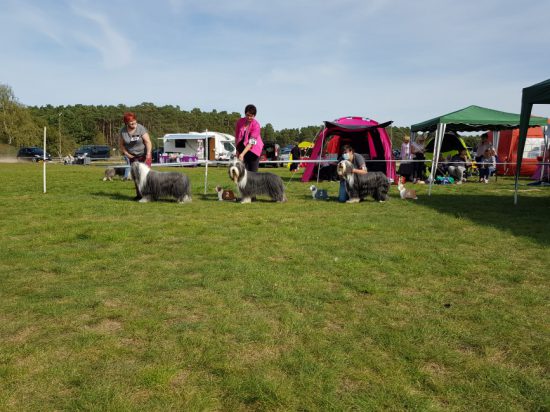 Firstprizebears Q’Butterfly Mc Queen had to be content with a 4th place. The judge thought she was too thin …. getting fat is not a problem, there are many dogs with good substance that have poor buildings. But that’s just how it is … the judge’s judgment is final.

Ms. Cocozza was also at the start with her “Ella” in the champion class and was 2nd. 14 days later the winning bitch received a very good at the Int. Show in Rostock.

26./27.09.2020 Tulln / Austria. The van Bossche family was on  tour  and had brought Tobi Multi Ch. Firstprizebears King Cole with them. “Tobi” started in the veteran class. On Saturday he was judge by  Mr. Deutscher / Austria, he won  Best Veteran and on Sunday with the Slovenian Mrs. L. Oklescen Best Male and Best Veteran. Now Tobi does everything for the title of Austrian Veteran Champion. 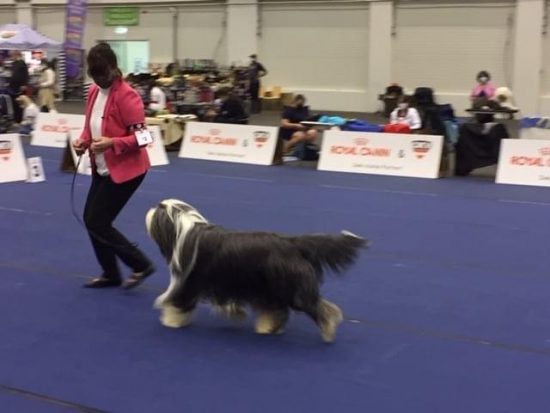 On the same weekend as Tulln the double CACIB show took place in Maastricht / NL. Ms. Cocozza was registered in the champion class on both days. On the first day the French judge Mr. Karcher judged and on the 2nd day Mr. C.-P. Fricke from Germany.

On the first day “Ella” Firstprizebears Q ‘Walnutcreek “won the champion class and on the 2nd day she was best female with CACIB, CAC.

Berry Hoenstok showed for Mr. Fricke’s on Sunday. He won Best of Breed with “Firstprizbears Q ‘Johnny Depp“. This last CAC needed “Owin” for the title Dutch Champion. He is number 121 and the 4th champion from this litter and the 8th champion from this combination of “Beardedmark Sight for Sore Eyes” and our beautiful “Prada” Multi. Ch. Firstprizebears Meryl Streep.

on the photo you can see the best youth class, a daughter of our “Lasse” Lärkängens at Firsticebears “Sundaymornings Shades of Blue” owned by Ines Knops