A really big one has gone

“Lee” was a very special Bearded Collie male. He was born on 26-12-2005. It quickly became clear that he had huge potential and that was exactly what Alberto Sanchez from Spain wanted. He and his wife Christina Andres bought “Firstprizebears Enfiel” fom us. After Lee had won his Spanish title, he went to my friend Lenka Klimova in the Czech Republic for a periode for breeding and showing. He just won everything there. Alberto and Christina were enthusiastic about my idea to let Lee stay with me for a while. Lee was a Beardie personality with a very strong character and charisma. We had a great time with him and won a lot of big victories. Lee then went back to Spain. He later lived with Linda Peirson in England for a while. In England he got his CC’s for the title of English Champion and has made many beautiful litters.

Enfield has his personal page on my website, there you can read everything he has won.

For the rest of his long life he lives with Alberto and Christina.

Thank you Alberto and Christina for giving Lee such a long and wonderful life. 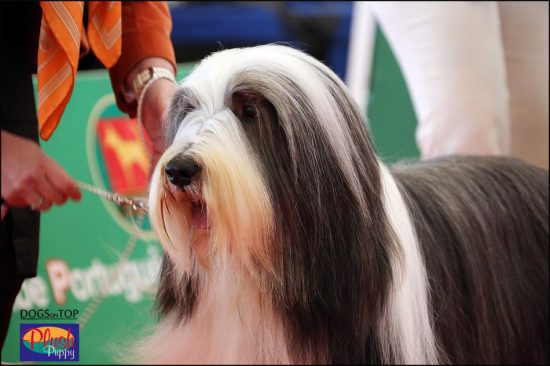