The Spring Show of Luxemburg, means, every year again, very little sleep. The clock moves one hour ahead, due to Summertime and the Bobtails and Beardies are always judged on Sunday. Normally I would have taken a hotel, but due to the puppies at home this was not an option. By the way, our good and dear friend Chris Beirendonk had just freshly been operated at her shoulder and I had promised her, to take her with me and show her “Luka”. Our two teenagers “Norman” and “Senta” I had enetered, together with our beautiful Beardie Bitch “Prada” (Ch. Firstprizebears Meryl Streep). The sheerest nonsense and just not do-able by yourself. My life savers where Harry and Daisy, our faithful dog sitter. She arrived at 05.00 that morning (new time) and stayed until we returned at 20.30 that evening, to take care of Niki and her puppies but also the other dogs. Harry was a brilliant driver and the man for the rough work, but also the star photographer. After having slept for only 2 hours  next to the whelping box, it was wonderful that Harry rode and Chris kept him company. I had the possibility to sleep a little in the back seat.

The Irishman Mr. Michael Leonard had to judge 46 Beardies and all Classes had strong occupants. The Vanbossche family had come with their 2 Firstprizebears, as well as Katyrina Bondar from Kiev/Ukrain and also Fernando Sunye from Italy. Exciting. ALL Firstprizebears where placed and 3 of them won their respectives Classes. That was good for us and confirmed that we hadden’t forgotten how a Beardie has to look like. Mrs. Vanbossche had “Ole” in the Open Class and received a Excellent 2 place with Res-CAC (Firstprizebears Lucky Luke). Tobi (Ch. Firstprizebears King Cole) became Excellent 3 in the Champion Class.

Katarina Bondar had come all the way from Kiev in the Ukrain and won the Youth Class with “Firstprizebears Neil Diamond”. He is now a Luxemburg Youth Champion and qualified for Crufts. 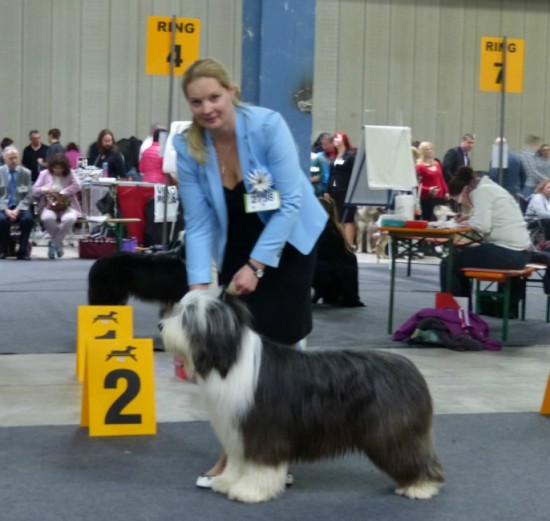 Firstprizebears Nora Jones, his litter sister also won the Youth Class, but with the Bitches. She is co-owned by Fernando Sunye and Conny & Harry Verelst. 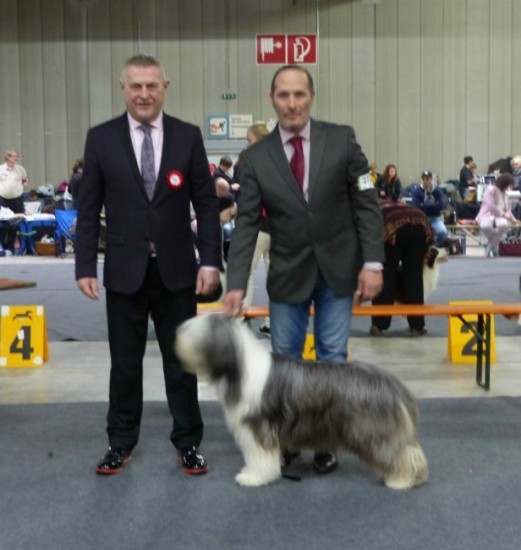 The crowning finale was made by our own “Prada” (Ch. Firstprizebears Meryl Streep). She won the Champion Class, became Best Bitch and BOS and is now exactly 24 months old. What made this day so special? All 3: Prada, Nora Jones and Neil Diamond have the same parents: Lasse (Lärkängens at Firsticebears) and Lilli (Firstprizebears Helen Hunt). 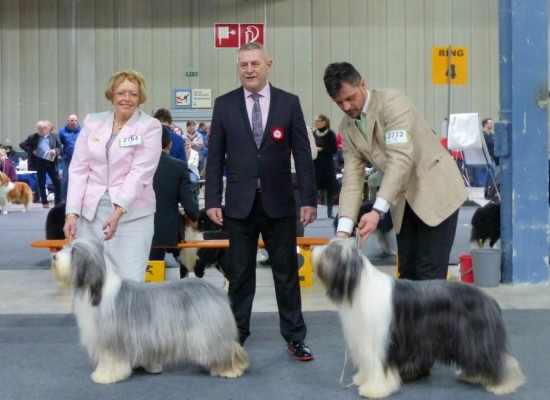 BOB Ch. Seagull Lets talk about it, Own.: Jean Paul Bernardi , the judge Mr. Leonard and our own “Prada” 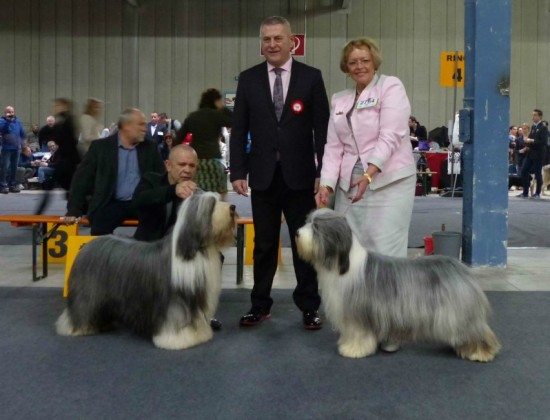