The first weekend of November was exciting. Annemarie Zoontjes and her husband Anne Vermeulen were on the road with their “Prisca” Firstprizebears Priscilla Presley for the first time. In Hazerwoude near Leiden in the Netherlands, a CACIB show took place on 2 days. On the first day, the famous English all-rounder Mr. Fank Kane judged the Bearded Collie. With only 9 months, “Firstprizebears Priscilla Presley” won the youth class and became BEST bitch. What a start under this judge. On the second day, the Dutch woman  Ms Beenenn judge, there was only the 2nd place. 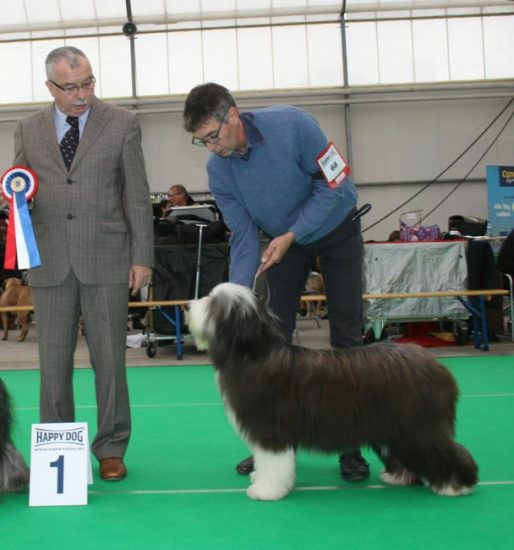 Also on this weekend the Nordic Winner and a CACIB show took place in Herning, Denmark. The Beardies were judged on the first day by the Swedish woman Mrs. Svardtad. On the 2nd day, the judge was the Irish woman, June Wall. The family van Bossche sent “Ole” into the ring. “Ch. Firstprizebears Lucky Luke” won the Open Class on the first day with CAC and on the second day he was awarded an excellent 3rd place. 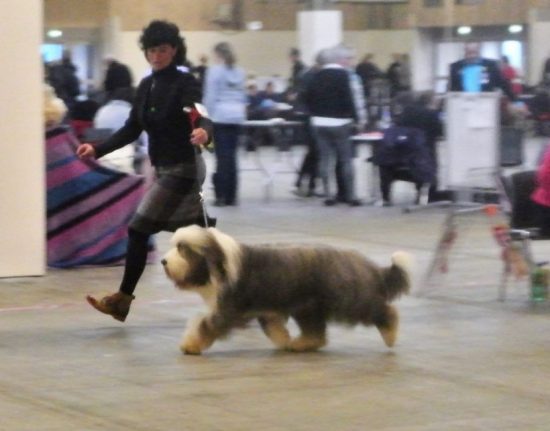 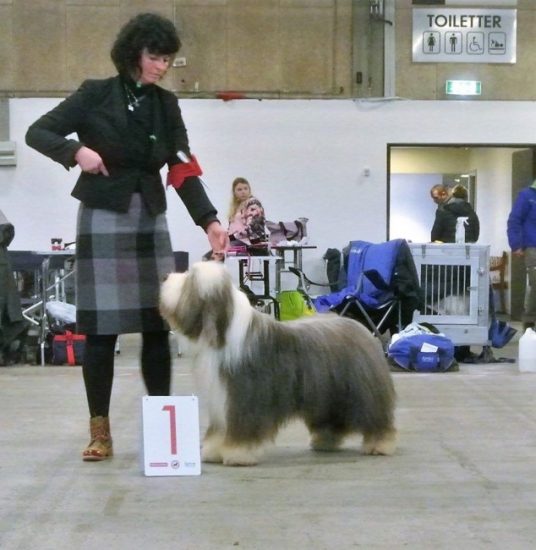 On weekend 12 and 13 November it was time for the double show in Karlsruhe / Germany. The family Storr / Körting had registered their “Smokey” in the open class. Mrs. Selle / D, was convinced of the solid building and smooth movement of “Smokey” and gave her the victory in the open class. “Firstprizebears Manhatten” as Smokey officially has now all the entitlements for the title of German Champion, but the one-year time-limit is not over yet. So somehow she has to win again and then ……. I keep my fingers crossed.

Mr. Storr shone with his Smokey in Karlsruhe: Firstprizebears Manhatten 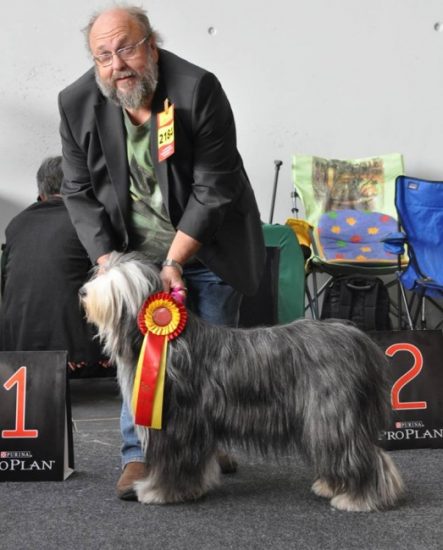 Mrs. Yvonne Müller was on the show in Geneva, Switzerland. Mr. Jipping from the Netherlands judged the Bearded Collies. Firstprizebears Oscar de la Renta, the beautiful blue male won the intermediate class with CAC. This is his 2nd CAC this year. Now he goes to the winter break. 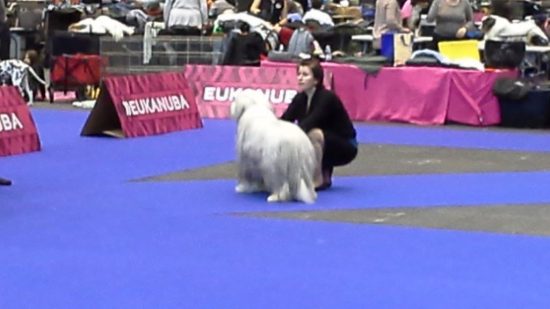