yeezy boost 350 triple white fr saleadidas yeezy boost 350 v2http://www.intriguetheater.com/shoes.phpyeezy boost 350 v2 blackyeezy boost 350 for sale
yeezy boost 350 v2
yeezy boost 350 v2 adidas
It was, I believe, the best weekend of the year. From Friday the 9-12 to Sunday the 11-12, our Firstprizebears were successful in Amsterdam / Netherlands, Kassel / Germany, Wels / Austria and in Nancy / France.
On Friday was the Holland Cup in Amsterdam. This is the pre-show to Winner Amsterdam. On Friday, Mr. Martin van Vliet / NL judged the Beardies for the first time. Monika Fuss was my traveling companion with her “Pike” (Firstprizebears Pikes Peak). He is still in the Puppy class and showed his very best side and won Best Puppy. I had the pleasure to present Annemarie Zoontjes and Anne Vermeulen’s “Firstprizebears Priscilla Presley” in the youth class. She won best junior, best bitch and everything from the youth at only 10 months of age. Of all the young dogs of group 1, she came in the last 6 with the Danes Gunnar Nymann.
A happy breeder with her offspring. Namely me, myself and I, Conny with left “Pikes Peak” and right “Priscilla Presley” 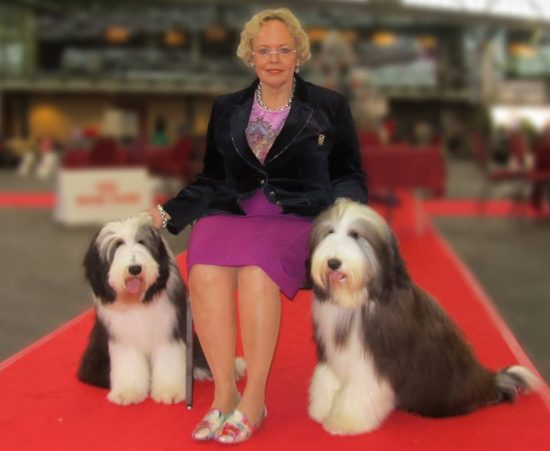 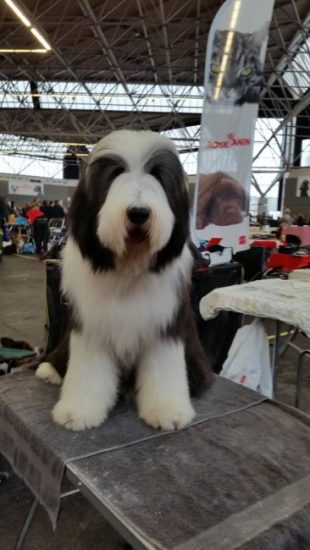 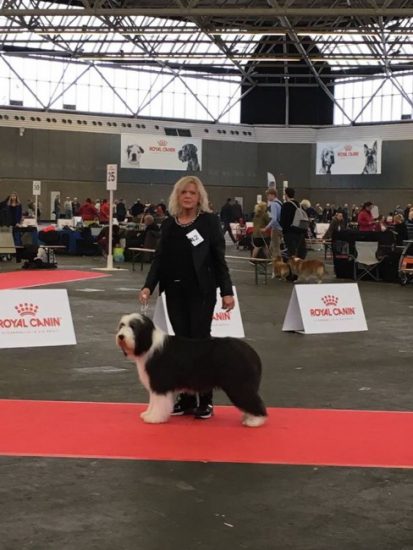 On Sunday “Priscilla Presley” was in the youth class 2nd place. Judge was Mrs. Blaha / Austria.
On the big show in Nantes / France, was the so-called Pink Party. All the exhibitors and judges were dressed in pink and the entire entourage of the show was Pink. A funny idea. Deborah Raquet was in the open class with “Firstprizebears Orlando” and won this. “Orlando” received the Res-CACIB just behind a gorgeous champion. Mr. Keriheul was full of praise for “Orlando”. 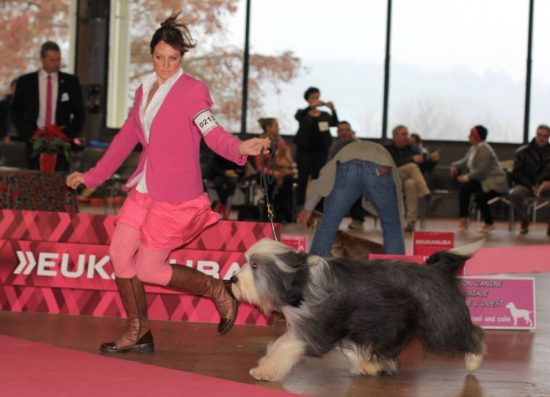 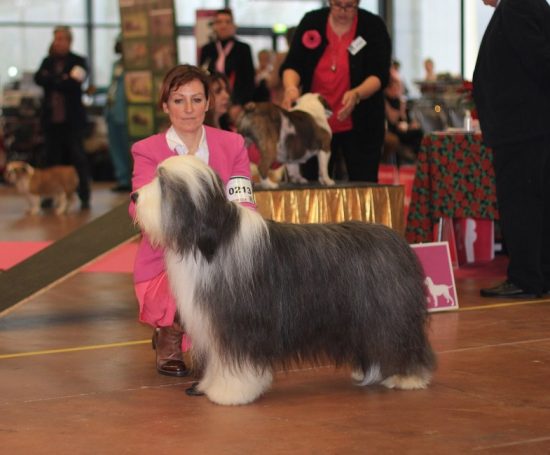 A two-day CACIB show also took place in Wels in Austria. The family Van Bossche was very successful with their dogs. On Saturday, Dr. Cujan Sinisa judged and Multi “Ch. Fristprizebears King Cole” received the Res-CACIB. On the second day, Mrs. Elisabeth Ertl / Austria was judging. She was convinced by “Tobi” and declared him best of breed. The highlight of the day was the great group win in Group 1. Judge was the well-known Danish all-rounder Mr. Hindsen-Madsen. Tobi is such a wonderful Bearded Collie dog, hopefully the breeders will soon realize that he could much improve the Bearded Collie breed. 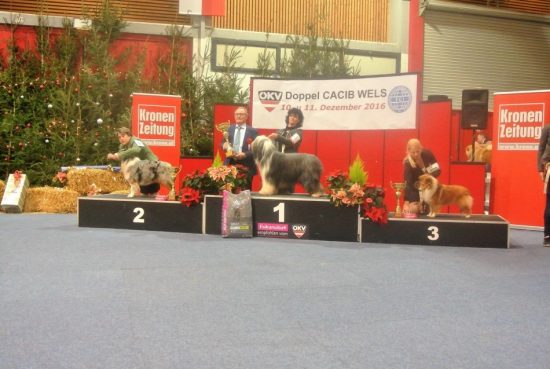 The man for all seasons 🙂 Mr. Van Bossche guarding dog and possessions 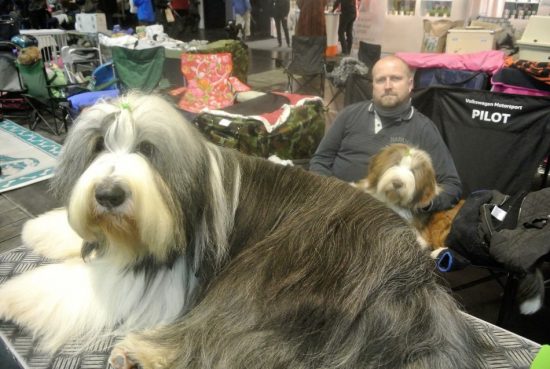 And last but not least, Kassel / Germany. There Mr Storr exhibited his “Firstprizebears Manhattan“. On Saturday with Mr. Colm Hastings / IRL, she took 2nd place in the Open class with Res-CAC. She repeated this on Sunday, the second day, for the judge Mrs. Blessing / GER
Other posts
More news