During the past weekend, 2 Firstprizebears have shown their qualities once again. Both owners of these males are no familiar faces, who already on forehand have the “big name”  bonus behind their names. They simply have good Beardies from us, which are well taken care off and are well trained for the Shows. So it is possible to win, even if you are Mr and Mrs. Unknown and simply have a good dog. This is partly due to the quality of our breeding! We are selling excellent dogs, who can win all over the world. This makes us proud and proves that we are on the right way as far as breeding is concerned.

In Chemnitz/Germany, an Int-Show was held. Here, Mrs. Van Bossche showed her “Tobi” under the Polish judge Mrs. Aleksandra Lubaszka. Many of the well known faces had shown up. Inspite of that, “Tobi” showed his qualities and became Best of Breed. 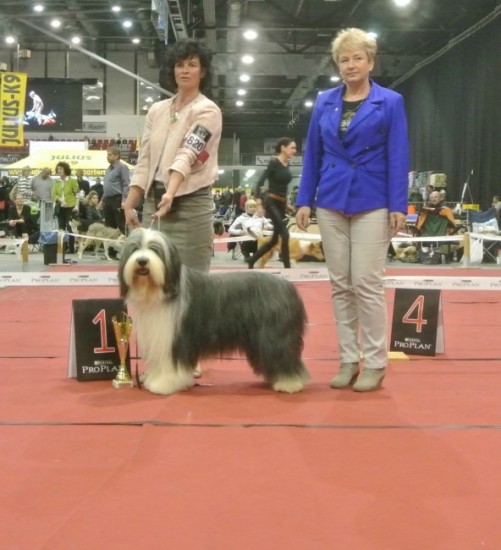 In the Ukrain, a double CACIB Show was held. During both days, Kataryna Bondar showed her beautiful “Firstprizebears Neil Diamond”, a 13 months old male. I have not received the name of the judge yet, but the results are excellent. On the first day, “Neil” became Best Of Breed and 3rd in the Group. At the second day he also became Best Of Breed and also Best junior In Show. 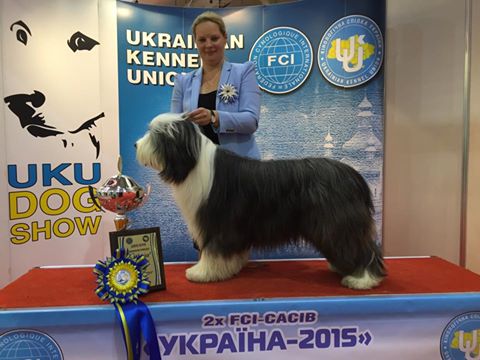 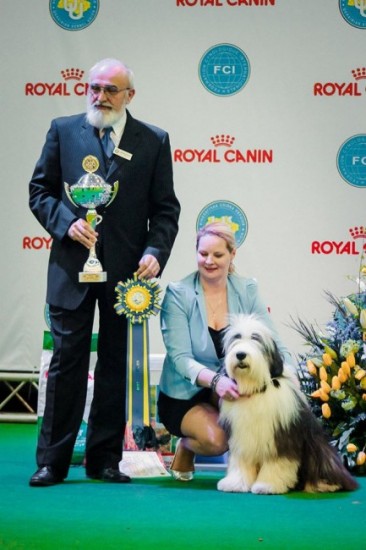 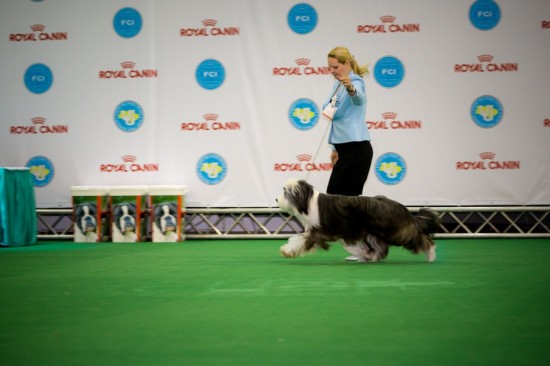 On April 25th, the Kibutz Ma’abarot, an in Israel Special Breed Show for the Pastoral Group, was held. Paz Davidovich was in place with her own bred Bearded Collie, but had also taken the oh so beautiful “Firstprizebears Maryline Monroe” with her. Mister Ingo Bortel from Germany judged the Bearded Collies and crowned “Marilyne” to Best Of Breed. By achieving this, she has aquired the Title of Israelian Grand Champion. Hopefully one day she will come to the Benelux Countries with this beautiful model. 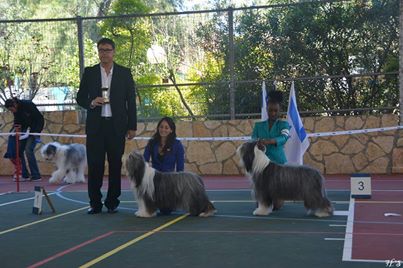