The First September Weekend was a Thrill for our Breeding. 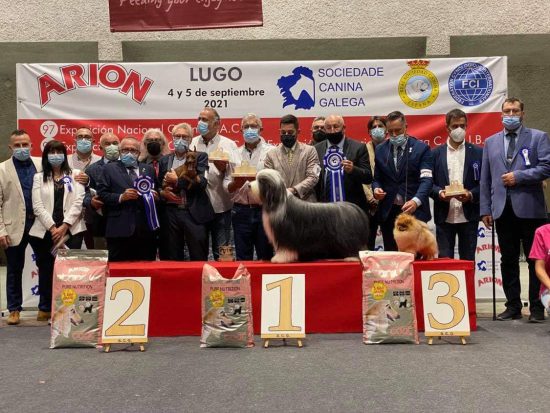 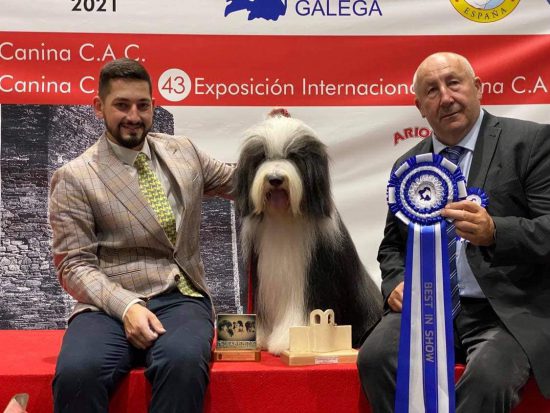 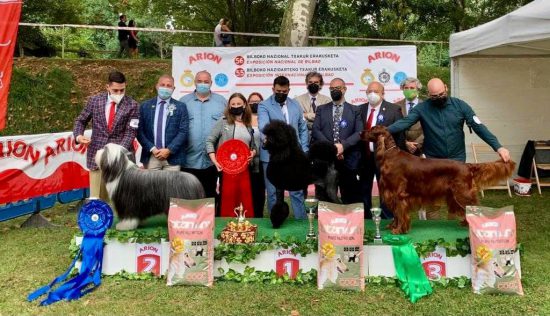 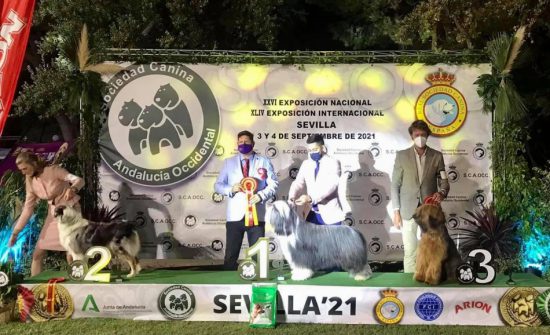 ” Robin” is Loved and spoiled by  Visitacion Echeverria

What makes Luxembourg so interesting? You need 2 CACs for the title Luxembourg Champion. The CAC is available in the intermediate and open classes. If you start in the champion class, you only need 1 CAC for the title

As it was  clear that the show would take place and it was known under which Corona conditions, I informed my people. Monika Fuss with her Beardie male “Pike” needs a third country for his Int.Champion Titel . The judges were Mrs. Hassi Assenmacher -Feyle on Saturday and Gloria Wagner on Sunday. Both known for fair judging, well worth the effort. Afterwards I realized that I had forgotten Mrs. Cocozza with her Beardie bitch “Ella”. She also needs the 3rd country.

Then the entry figures were known. On Saturday and Sunday 2 males and 7 females each. Two bitches each did not come to show on both days.

On Friday evening at 7 p.m. Monika and I drove to our hotel in Luxembourg. It was our turn in the morning at around 10 a.m., the OES a little later. Although you spend the night in Luxembourg, you get out of bed at 6.30 a.m. and in the hall a little after 8 a.m.

All were checked to see if they met the 3 G rules and then they got a red ribbon around their wrist. Without this bond there was no entry. Sunday the same, but an orange ribbon. Picking up the start number turned out to be difficult. Monika stood in line for more than 30 minutes to get the number. 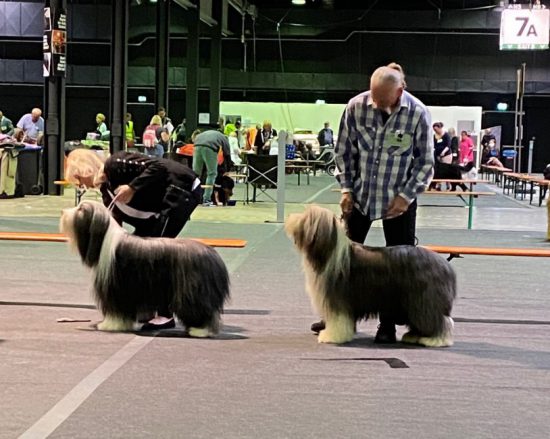 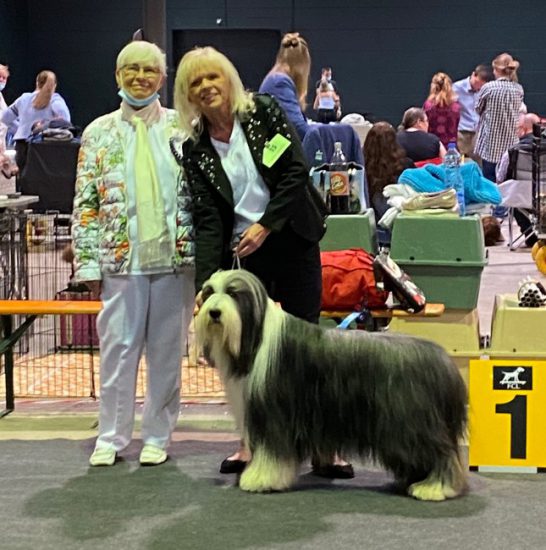 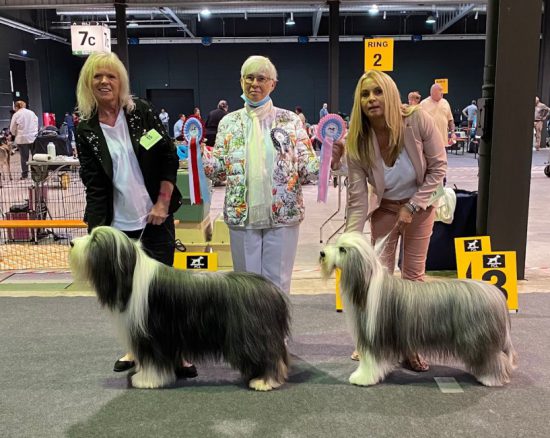 Since my bobtails were also quickly judged and my breeding had won everything, the long wait started for the ring of honor. Finally the group judging of the 10 FCI group took place again. Mr. Paul Jentgen from Luxemburg judges group 1. Unfortunately he had no place for “Pike” or “Ziva” on the 3rd place on the podium

“Pike” made himself comfortable in the hotel shower in the evening. 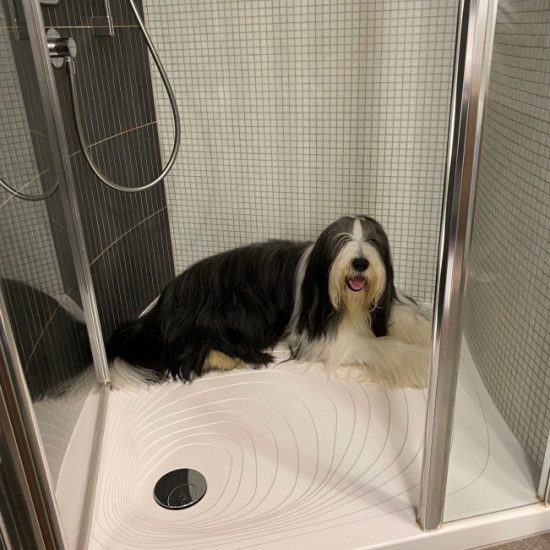 We always travel with small luggage 🙂 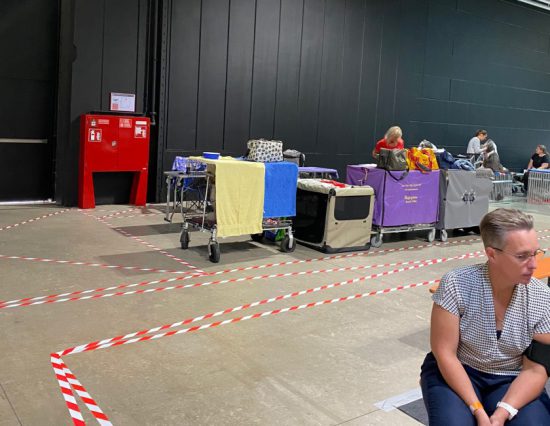 There was a change of judge on Sunday. Instead of Gloria Wagner, Mr. Sean Delmar from Ireland was now judging. That ended unpleasant. With the Beardies  to getting used to but unfortunately expected and with my young OES bitch completely wrong. But that’s the way it is … Pike was alone in the champion class and lost against the big male from the open class “Cormist the Sun King” 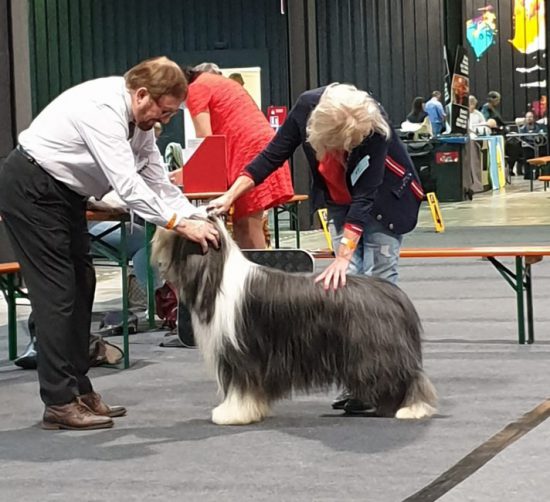 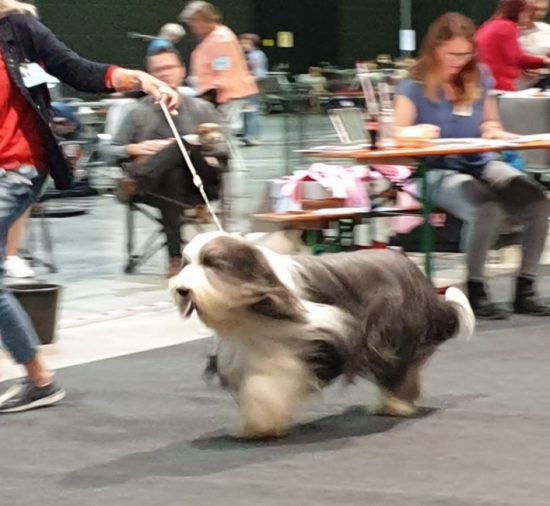 The bitch of Guido Hecotrs / BEL, who did not come the day before, was best of breed ” Beardie Connections Quincy”. Later in the main ring she won group 1 with the same judge. BOS the male “Cormist the Sun King” 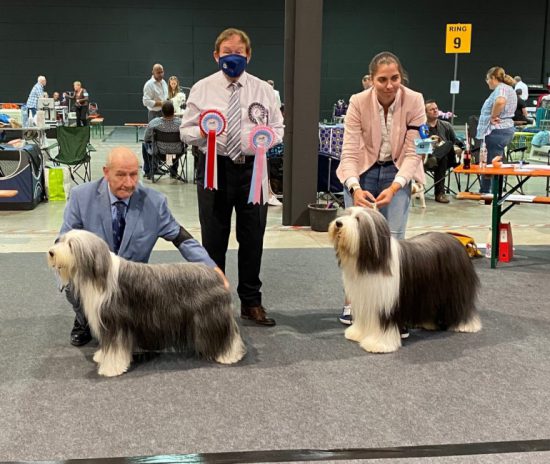 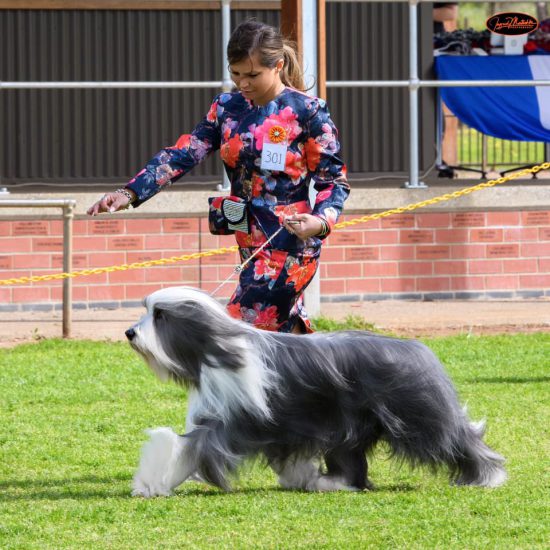 In the Ukraine Katerina Vasilioglo was very, very successful with her “Multi Ch. Firstprizebears Neil Diamone” On the Int-Show in Dnepr / Ukraine on September 11th / 12th, 2021, “Neil” won 2x Best of Breed, 2nd of the group and 1. Group 1 and BEST IN SHOW. Judges were: Vitaliy Belsky, Victoria Pogodina, Refet Hadzic and Tijana Konrad. The Champions Show also took place this weekend. Only champions who have qualified are allowed to take part. There “Neil” was also BEST in SHOW. 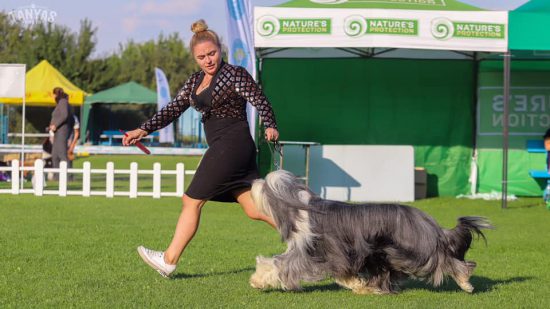 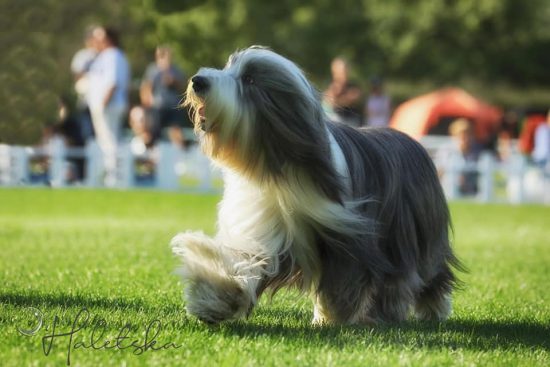 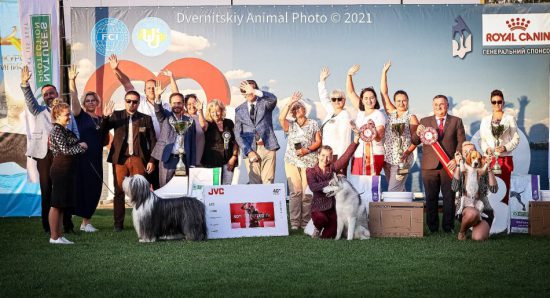 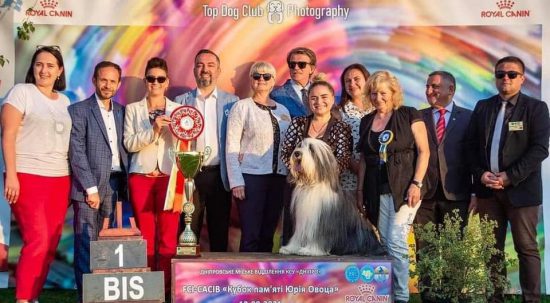 On September 12th, 2021 a CACIB show took place in Genk / Belgium. Since my dear friend Monika Fuss was on vacation and “Pike” and his half-brother “Nash” were on vacation with me Maaseik, it made sense for me to exhibit  “Pike” at this show.. It was really a long time ago that I was in the show ring with a Bearded Collie. But “Multi Ch. Firstprizebears Pikes Peak “is a great dog and presented himself  perfectly. Result: Best of breed. Judge was Mr. D. Pauovic / SERB. 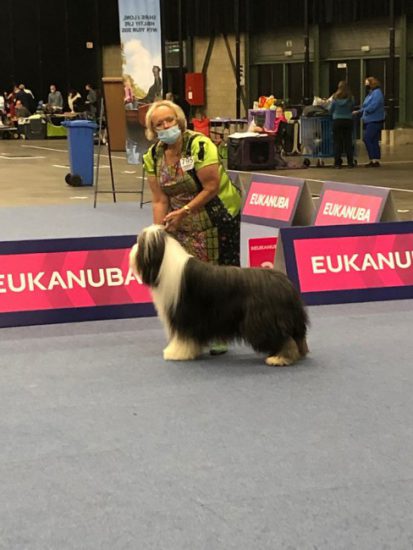 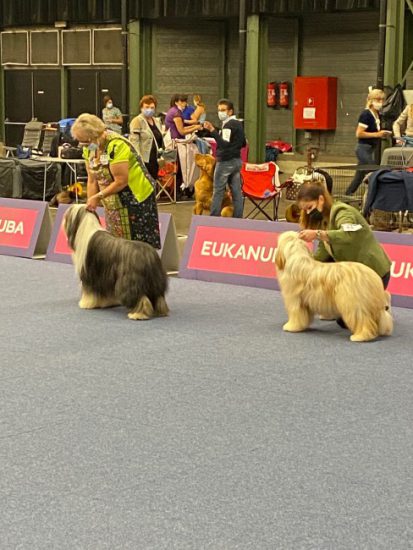 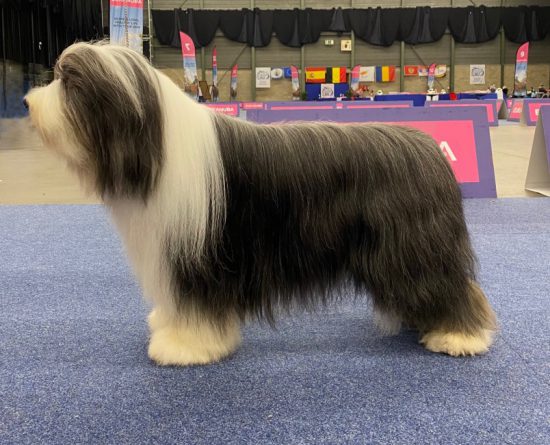 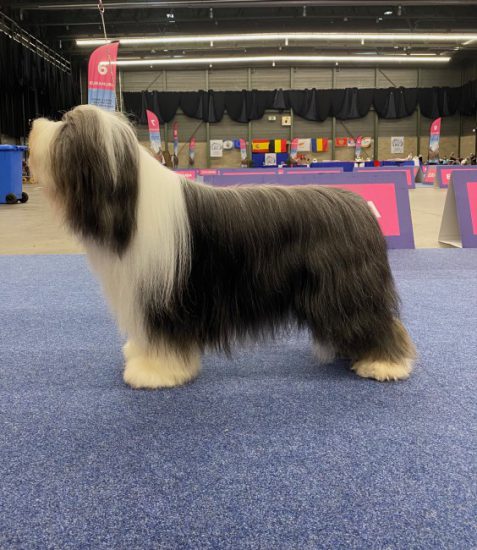 September remains to spoil us with successes

In Lativa, Marita Gintere was at the National Show in Upeslejus. Her “Jenny” won Best of Breed on both days from the judges Mrs. I. Poletaeva / Finland and Mr. V. Stiklinus from Lithuania. “Multi Ch. Firstprizebears Q ‘Jennifer Rush” is also successful in group 1: On the first day she took the 2nd place and on the 2nd day the 3rd place 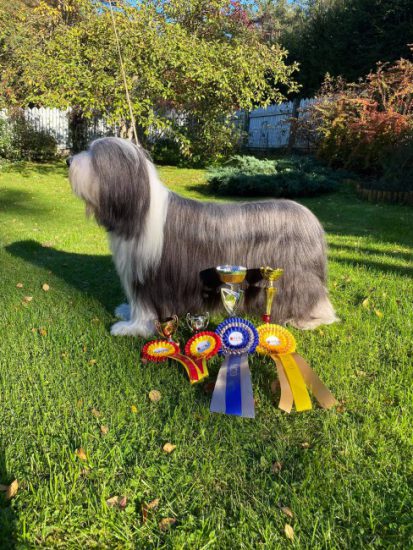 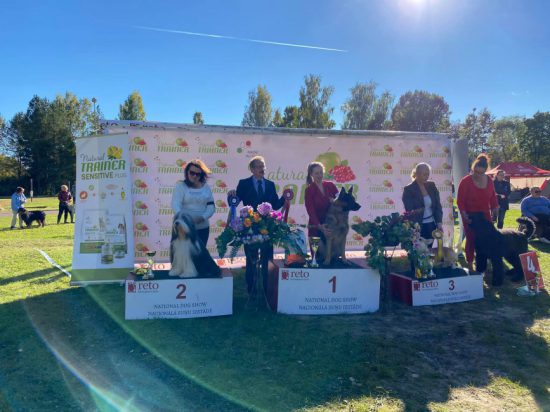