Xavier could finally go to an exhibition again

Corona makes life difficult for all lovers of the dog show. We all  who love exhibitions  have no way of pursuing our hobby. Quite tentatively there are 1 or maybe 2 shows. Nothing Belgium and Holland  !!!! It is difficult to bear when you have beautiful young dogs that you would like to show. Very bad for bitches, you can actually only show them up to the age of 3, after which they should get their first litter. Young dogs only have the chance to win their youth titles until they are 18 months old. People are allowed to misbehave massively  on the Ballerman in Mallorca, but we are not go on an exhibition. DAMN!!

But the German Bearded Collie Club organized on 4./5. July 2020 a small show in Alzay / Germany only for the Bearded Collie. Xavier Pottiez was happy to exhibited there. He was in Alzay with his Percy and his son “Burton”.

On the first day, Mr. Louseau from Germany judged and did not liked Pery, he  was only good enough for 4th place in the champion class and “Burton” was too young for him …..

on the second day judged Mrs. Melchior from Luxemburg and she probably had the breed standard better in mind. 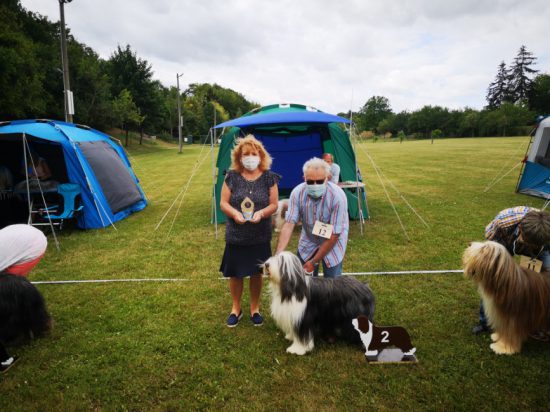 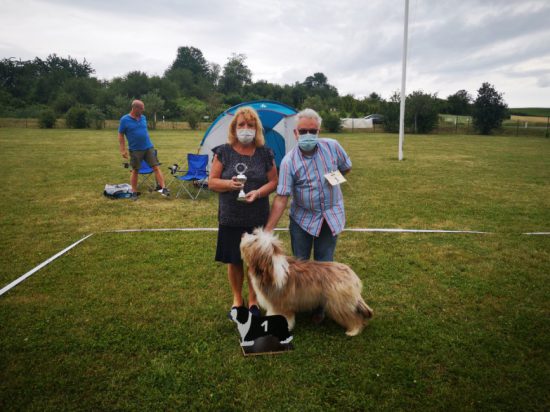 there was also a family meeting. Percy Children  from the litter at Magic Mika Kennel form the Kirmis family came for the show. 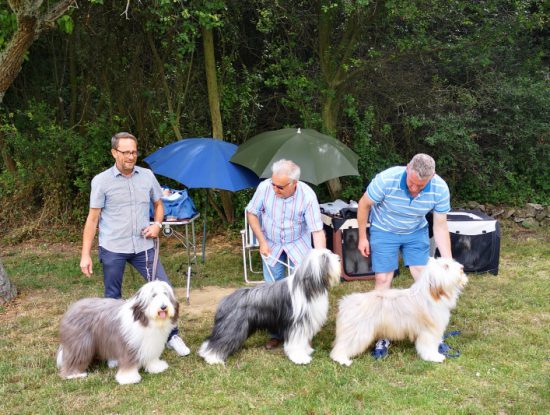