A visit by residents of Ter Engelen

Ter Engelen is a large home in Maaseik and Bree/Belgium. Here are living a lot of mentally disabled people. In one of these homes, works Ine Bovendeerd, daughter of a good friend of ours, Jos and Patricia Bovendeerd. Our Bearded Collie Bitch “Schoko” is living with them and Ine had taken Schoko with her, to the home, on several occassions. Somehow the group had heard that Schoko had given birth to puppies and had asked Ine if it would be possible for them to visit Schoko. Therefore, Ine offered her free Saturday and had organised everything for the trip. A bus from Ter Engelen and a collegue. Due to this, 6 residents where able to visit us. It was impressive to see, how much fun humans and animals had together. Schoko’s puppies where stroked alot and Annie, from the group, walked up and down with the puppies. The kennel was visited and June with her little puppies was admired. Off course they had to see the whelpingbox and the bathroom for the dogs in our house. By accident, in the kitchen, lay the new Bearded Colly Yearbook, of the Belgian Bearded Collie Club. They where allowed to take ik with them. As a farewell present they received a cup, that is won by one of our dogs, as a memory to their visit. The joy was enormous and the cup recieved a honourable place in the breakfastroom of their home in Bree and is polished and admired. Also for us this was a tremendous experience. Thanks to Ine, for making this possible. 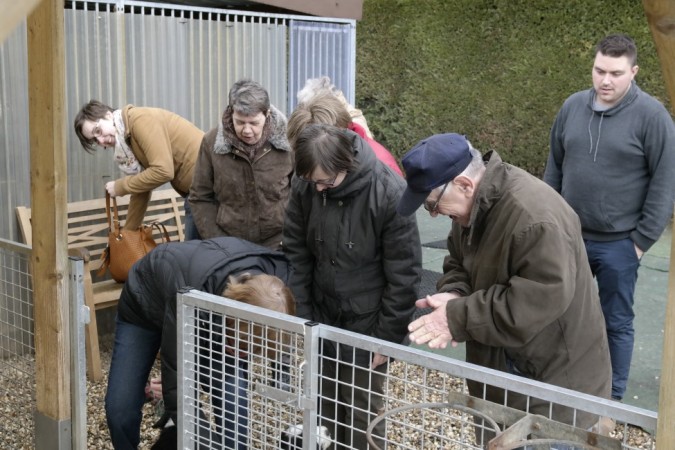 Gerard was happy with a puppy in his arms. 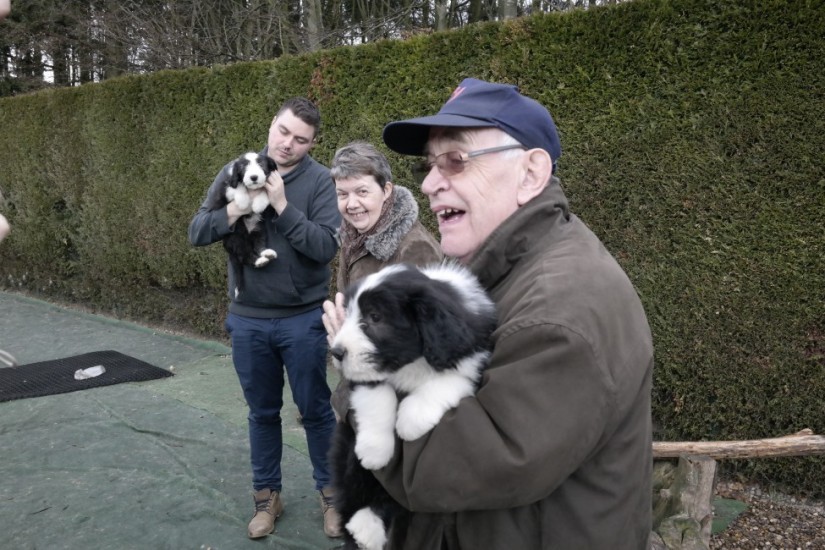 also these 2 ladies liked it alot to be able and stroke a puppy. 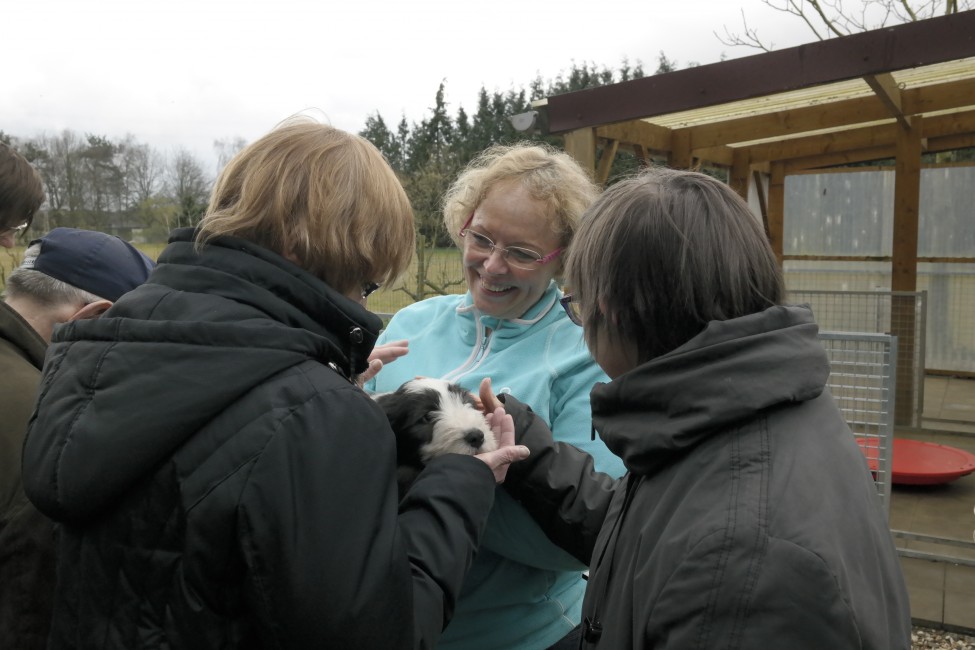 Annie ran with the puppies and had lots of fun. 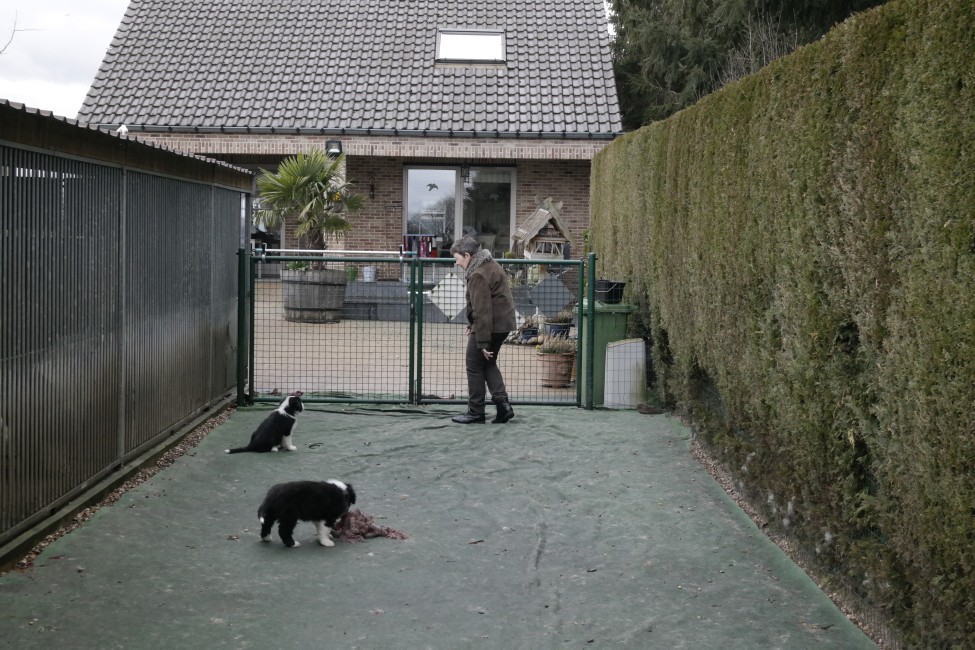 In the kennel, June and her puppies where visited and admired. Ine explained everything very thoroughly and detailed. 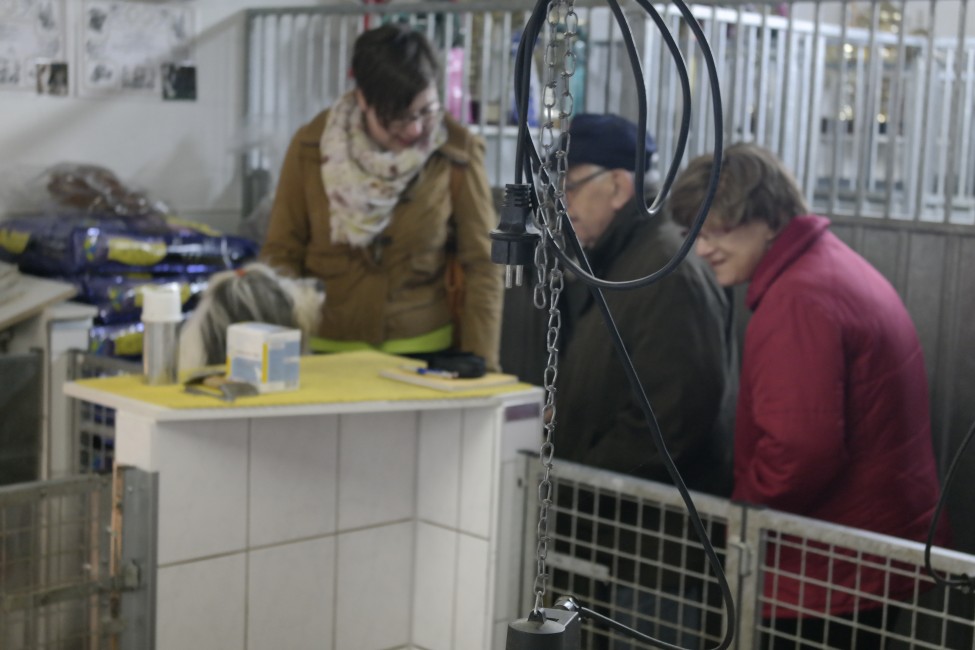 the big dogs were also popular with them and they thought it was funny that Texas passed between the legs of Harry. 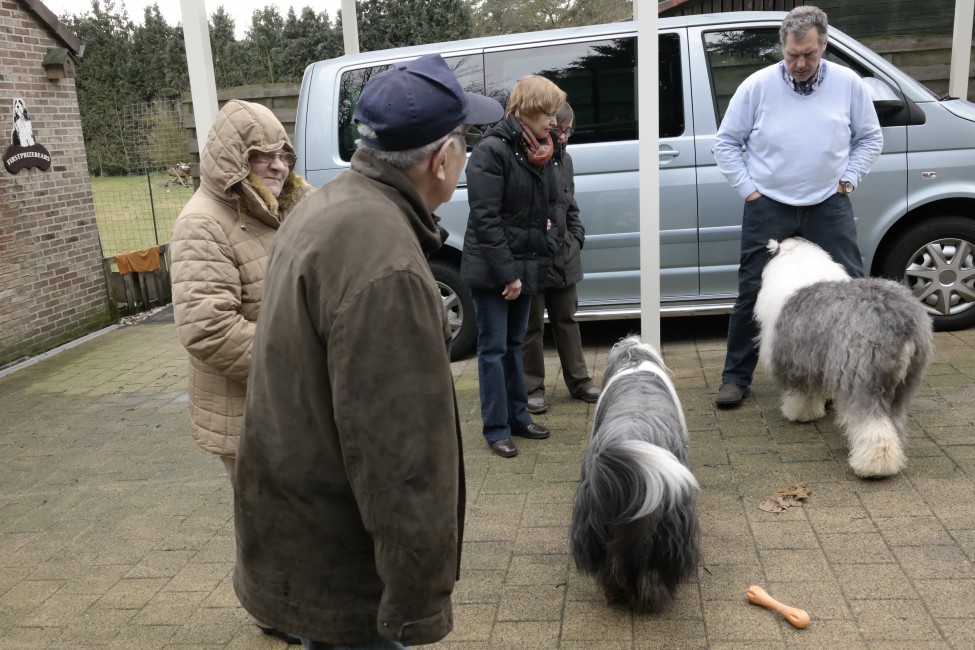 the whelpingbox in the kitchen

and afterwards back home by bus. 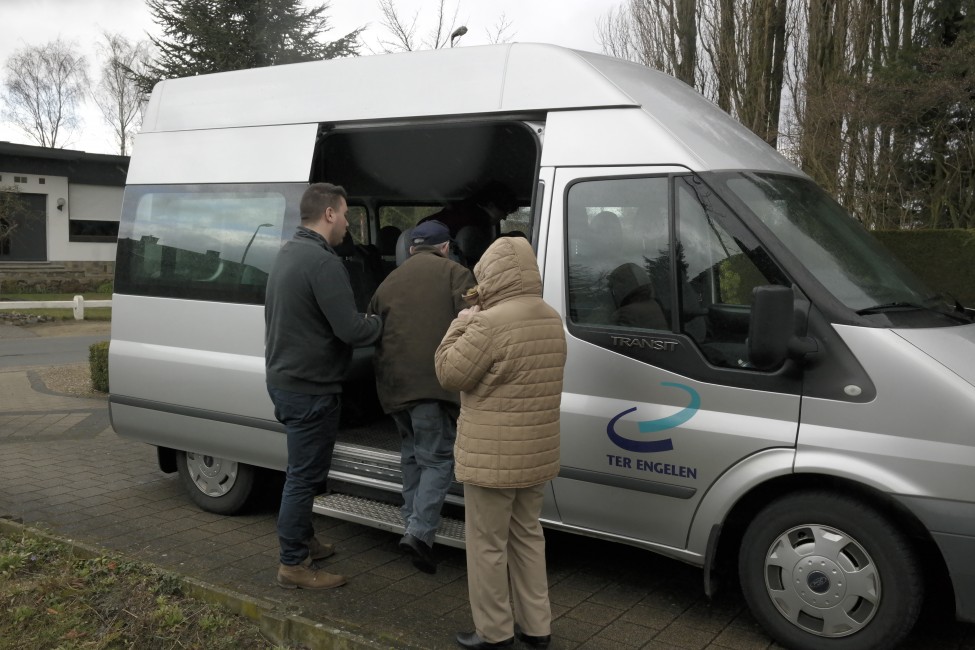