Adidas Yeezy Boost 750 Chocolate Brown vorbestellenjordan 12 wool costYeezy Boost 750 Chocolateadidas yeezy boost 350 v2 pas chercombien sont boost yeezy 350 v2 franceAdidas Yeezy Boost 750 Light Brown Where To Buyadidas yeezy boost 750Air Jordan 12 Ovo White/Metallic Gold-whiteAir Jordan 12 Ovo 2016Air Jordan 12 Wool For SaleYeezy Boost 350 Verkauf DeutschlandAdidas Yeezy Boost 350 V2HereAdidas Yeezy Boost 750 Comprarlehttp://www.500clubitalia.it/shop/yeezy-750-01.php
My diligent exhibitors have not been granted any leave. I had a vacation and I earned it after that horrible year! After the show in Brussels, I was in Italy and southern Germany. 14 days is too long for me – after 10 days I was homesick and was missing my dogs.
Thanks to modern telecommunications, I was always up to date.
In faraway Australia, the famous “Royal Adelaid” show took place during the first weekend of September. This is probably one of the most important shows in Australia. There were about 28 Beardies, which was judged by the German allrounder Mrs. Assenmacher “Ch. Firstprizebears Lucky Strike”, owned by Kirsten Anne and her husband, won Best of Breed and got 25 points. To top off the day, he was 4th in the group. What a wonderful victory. 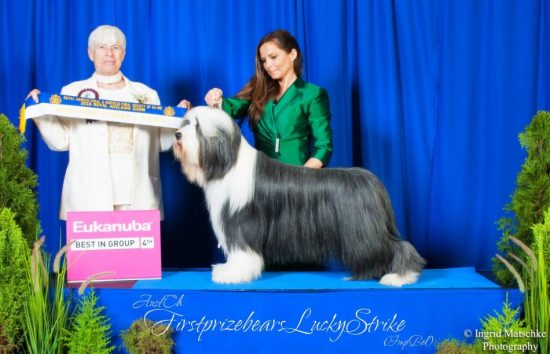 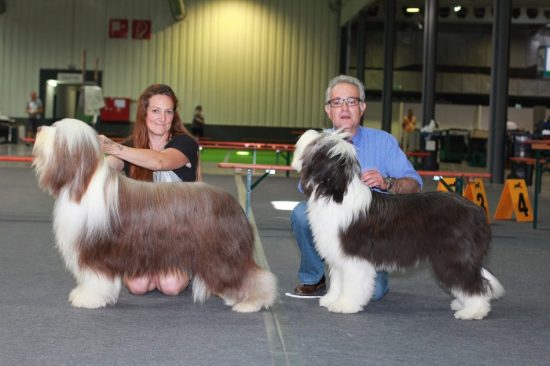 On the 3rd September, Gabriele Gesi was with her 13-year-old Super Multi Ch. “Firstprizebears Cony Island” at the specialty show for different breeds in Gödöllo / Hungary. Yossi Guy from Israel had the honour to judge the Best in Show Veteran. The winner was “Cony” with at 13 years. Her owner Gabriele should be strongly praised for keeping Cony Island in this wonderful condition. “Cony Island” really is a Grand Dame! 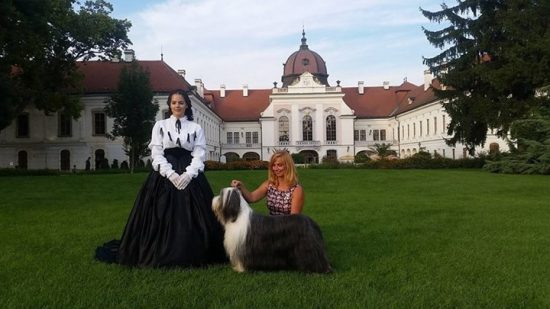 We have an extraordinary Veteran victory of Beardie lady “Ch. Firstprizebears Greenville”. Mrs. Hellwig wrote me this report:
A great show day in Kaltenkirchen / GER (18th September) was coming to an end. Our “Dt.-Ch. Firstprizebears Greenville” reached No. 1 in the Veteran class, achieved BOB-Vet, (judge: Janine Böhi-Wenger / CH) got the BOB out of 21 Beardies. She finally got Best Veteran in Show (judge: Anita van Bussel-Tersteeg / NL). We are very proud of our 8 years and 8 months old noblewoman, and are very happy with this result. Willa’s last exhibition was on 31/10/2010. 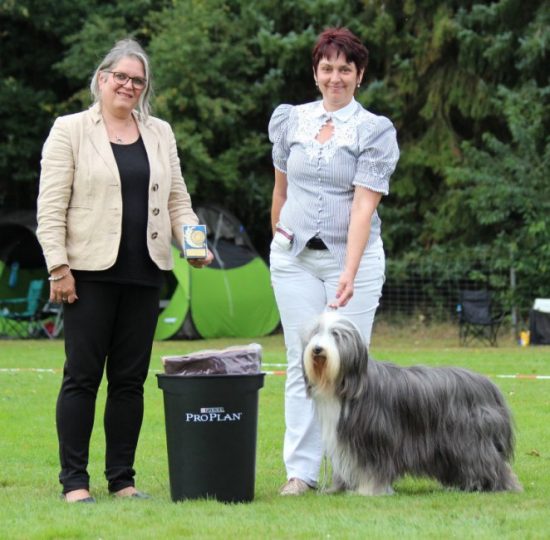 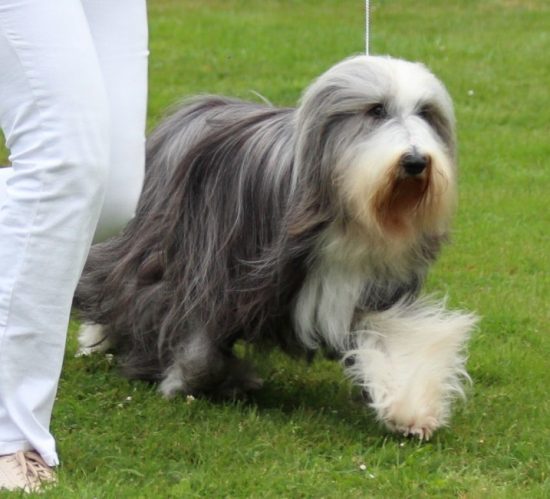 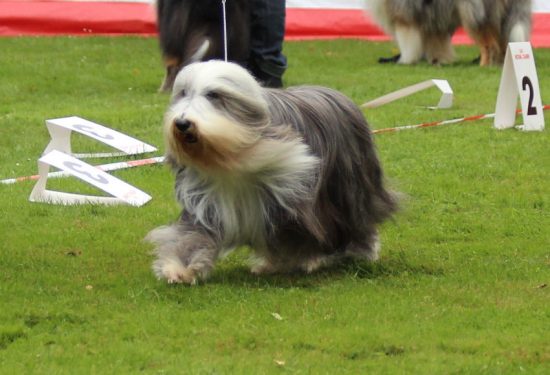 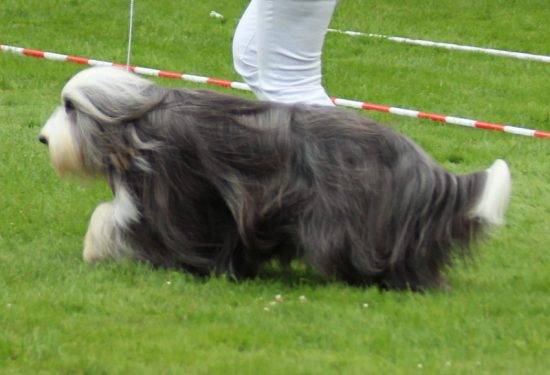 It was an exhibition packed weekend! The Swiss Bearded Collie Club had its annual Club Show. The Judge was Mr. Häberli from Switzerland. Mrs Yvonne Müller showed “Firstprizebears Oscar de la Renta” in the intermediate class. He received an Excellent 1 and CAC. Family Kirmis showed “Firstprizebears Pasadena” in the Puppy  Class. Sally did everything right and was Best Puppy. 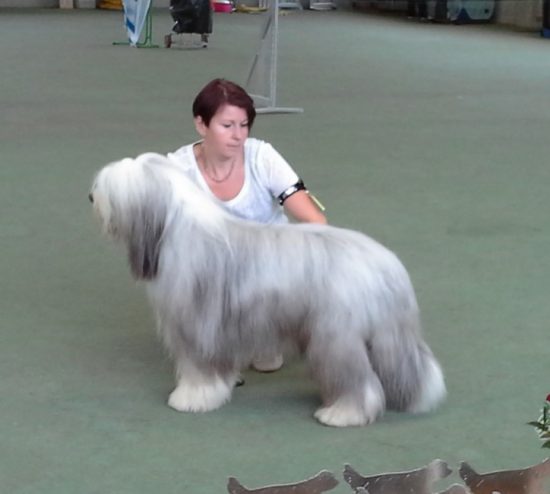 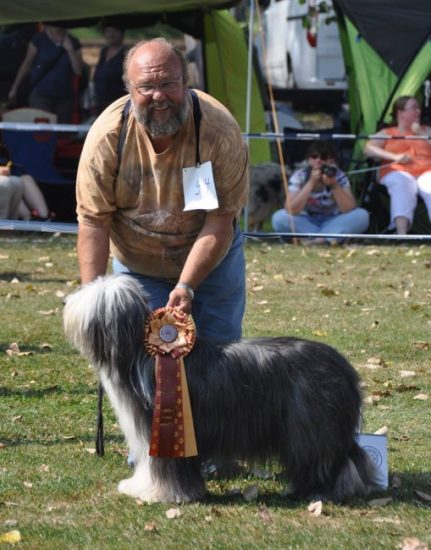 So quite by chance I learned after a year, that there is another Firstprizebears champion. “Firstprizebears Larry King“, who lives in Spain with Oscar Largo and co-owner Alberto Sanchez, became a Spanish Champion in October 2015. A breeder is happy about such successes and would be delighted to be informed earlier.

Here is a youth photo of “Larry King” 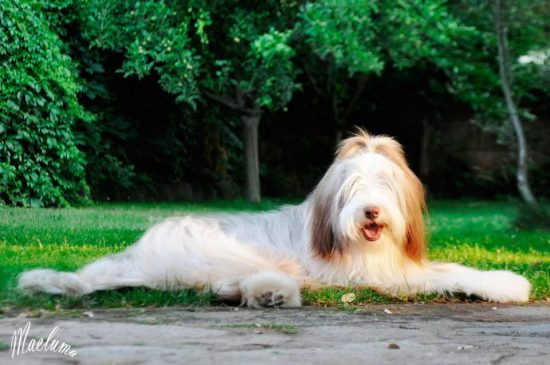 On the 25th September, Monika Fuss was at the show in Maastricht/NL with her 3 men. The first man was husband Jürgen, the “work horse” so to speak carrying everything in his bags, trimm table etc . The second “man” was “Firstprizebears Nashville“, who in the intermediate class won an excellent 2nd place. The 3rd “little man” was “Pike”, also known as Firstprizebears Pikes Peak, who received a very promising 1st place in the youngest class. 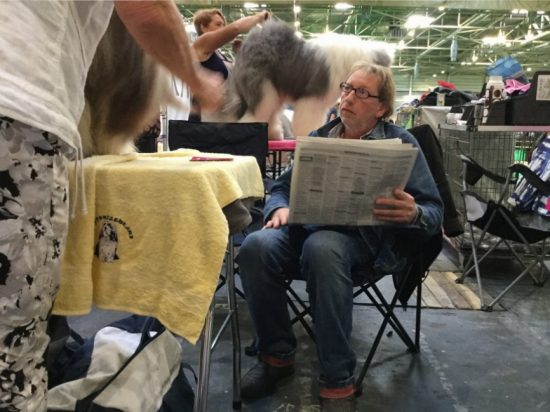 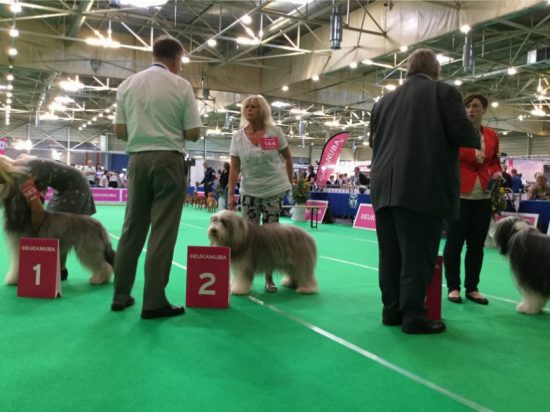 and the jongest Guy: Firstprizebears Pikes Peak got very promising 1 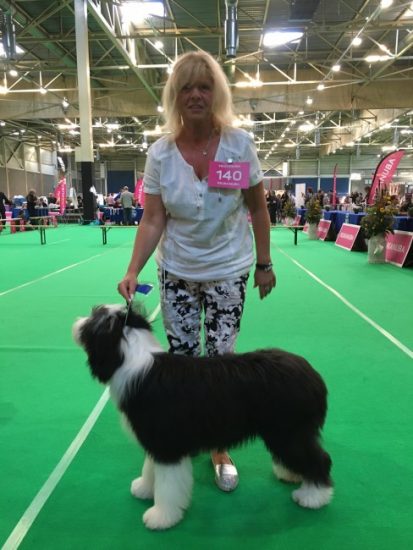 There was also Time for a group photo “Best Friends”. Conny with Bobtail “Norman”, Nicole Neicken with Bobtail “Ostwind” and Monika with “Pike” 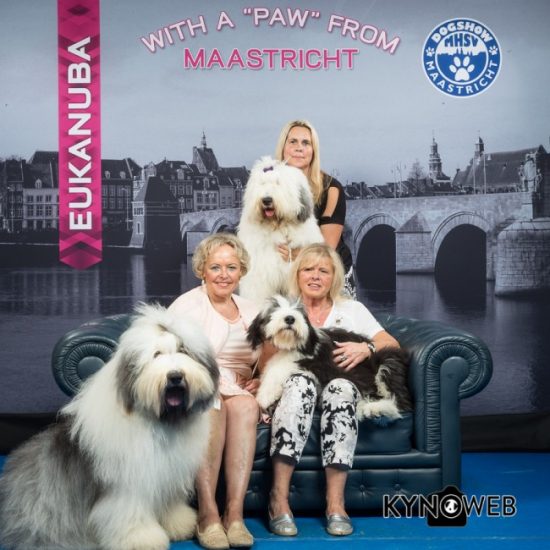