On Sunday 08/07/16 the Belgian Bearded Collie Club organized its annual Club Match in Bonheide / B. There were quite a few Bearded Collies registered. The judge was the Englishwoman Mrs. A. Pedder (Caldermist). Deborah Raquet had her dog “Orlando” in the inteermediate class at the start. He won this class and wasRes- Best Male over many other champions. A great success for such a young dog! 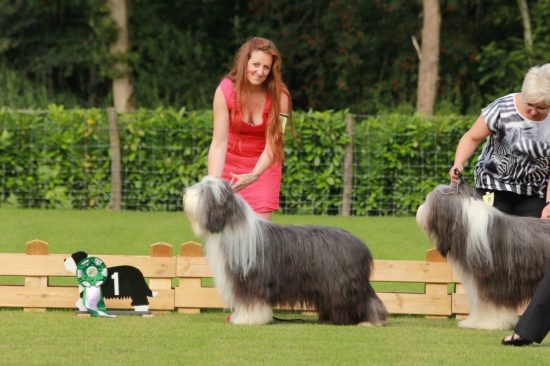 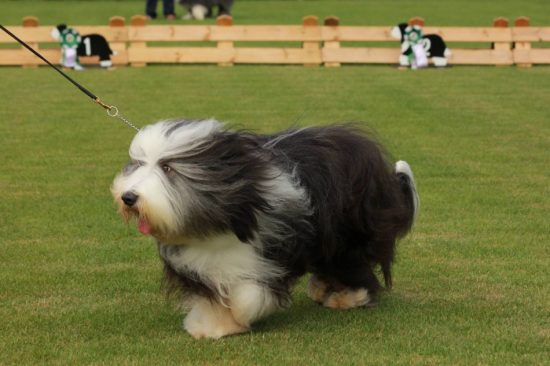 On the same day saw Fernando with “Nora” on the national show in Lavano / Italy. Nora did everything right and was awarded Best of Breed and 3rd in Group 1 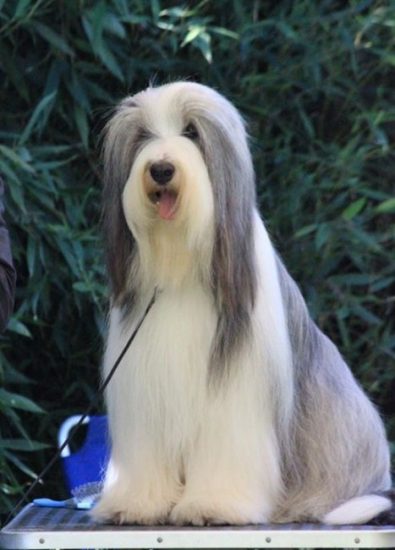 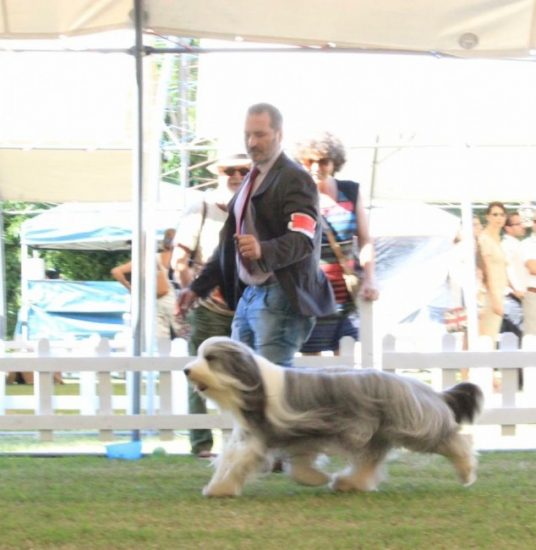 Just a week later, the double CACIB show was held in Innsbruck / Austria. “Nora” had a very wonderful weekend and won over a lot of champions, on both days Best of Breed. The judges were Mrs Poschacher and Mrs. Brenner, both from Austria. On the first day “Nora” was 4th in the group with Mr. Schimpf / A and on the 2nd day in which Romanian Mr Stefanescu judged the group she was 5th. She now has all the entitlements for the title Austrian and International Champion, alongside the Alps champion.

Fernando with his beloved Nora 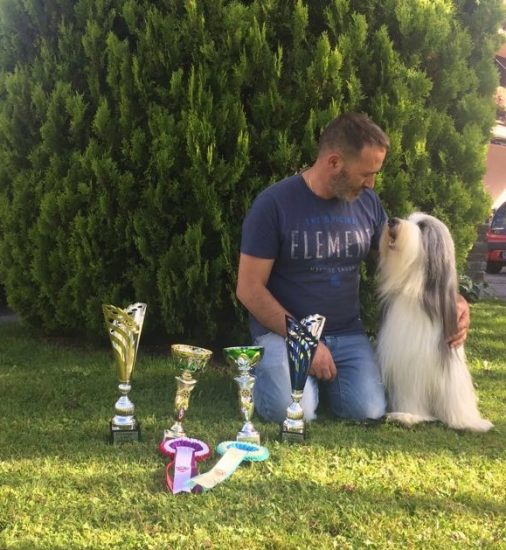 In Ireland, the little “Paris” makes her owner Mandy Finnegan happy and am so proud as a breeder . Last weekend the show of the  Navan Group took place. The Norwegian Mrs. Anne Indergaard judged the Bearded Collie . ” Firstprizebears Paris Hilton ” is only 7 months old and was awarded  Best Bitch with a GreenStar . One day later, the CC show in Clonmill took place, judge was the Luxembourg Guy Kips and he made her Res- best bitch . However, she  was Best Puppy and 3rd best in show of all puppies 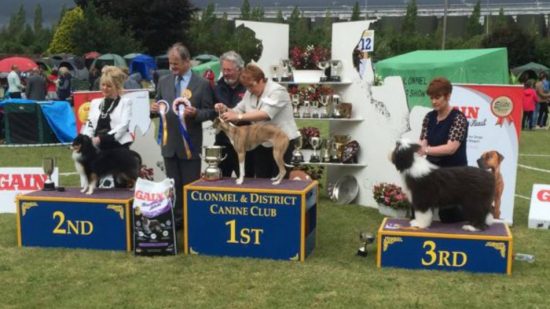 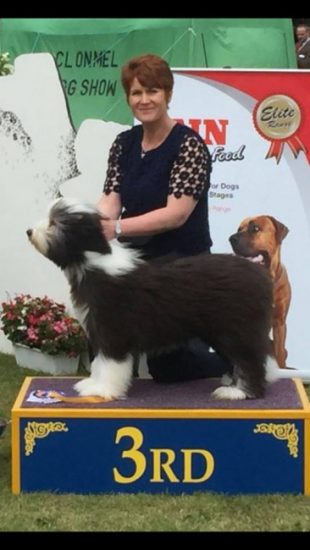 The month of August saw the great European Show in Brussels. Again a mega-event, which still had its difficulties with the information to exhibitors. Only 2 days before the show almost no one knew where the ring the Beardies were to go and at what time ……
Morning entry should have been at 7 am to 7.30, but we were waiting in front of closed doors! I had my “Meryl Streep” – Remember, it should be her and mine last show. As mentioned before, I am retiring from the Beardie world. There will be 2 to 3 more litters and it’s after finished after almost 30 years, with the final Firstprizebear Bearded Collies. It’s no fun anymore.
As always, I had a Bobtail there, so 2 rings with a great distance in a large hall. There were about 60 Beardies, but Bobtails only 29. So no problem to make Prada be on time in the ring. But ….. I had left my travel companion, who constantly went back and forth the entire morning to watch the Beardie ring. Only at noon they forgot me, as the Beardie bitches were judged in the champion class. So I ran with “Prada” to the ring, the judge Mr. Kanas had just begun to judge the first bitch in the champion class. There were 3 other for judging. Normally not a problem, then join. BUT: there is apparently a new rule at the FCI stating that after the judge has begun his examining, no missing dog may enter the ring! Great, the exhibition should have announced in their papers! Moreover, it would also have been good if there had been a timeshedult that everybody knew when to be in the ring. The ring master exercised his power and showed his power and did not join with Prada. The judge was very sad, he also had to submit to this lady. I think this rule should be applied differently in the future. So the cute Bearded Collie people had their fun. Adieu Bearded Collie world!

Sergio and Fernando were also in the champion class with “Nora Jones”. She won 2nd place and Fernando was so disappointed by this result. He has not come for the Res-CACIB in the ring. Too bad 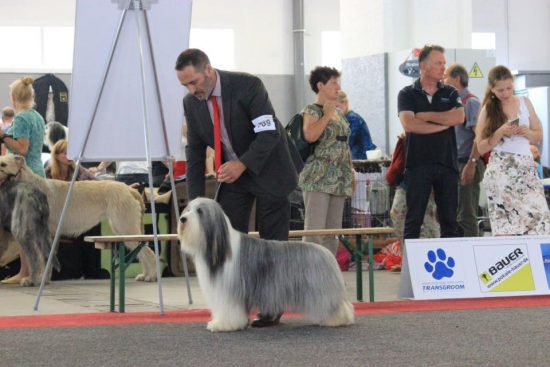 Deborah Raquet was successful with Orlando Bloom in the intermediate class and took first place. 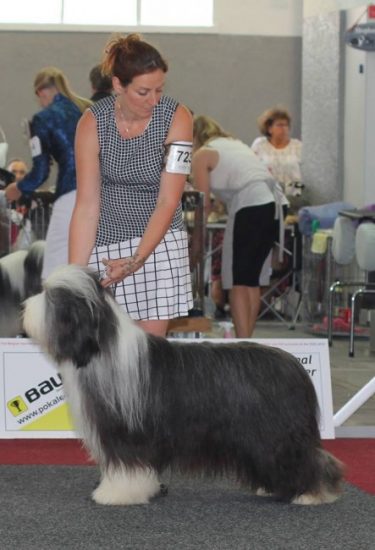